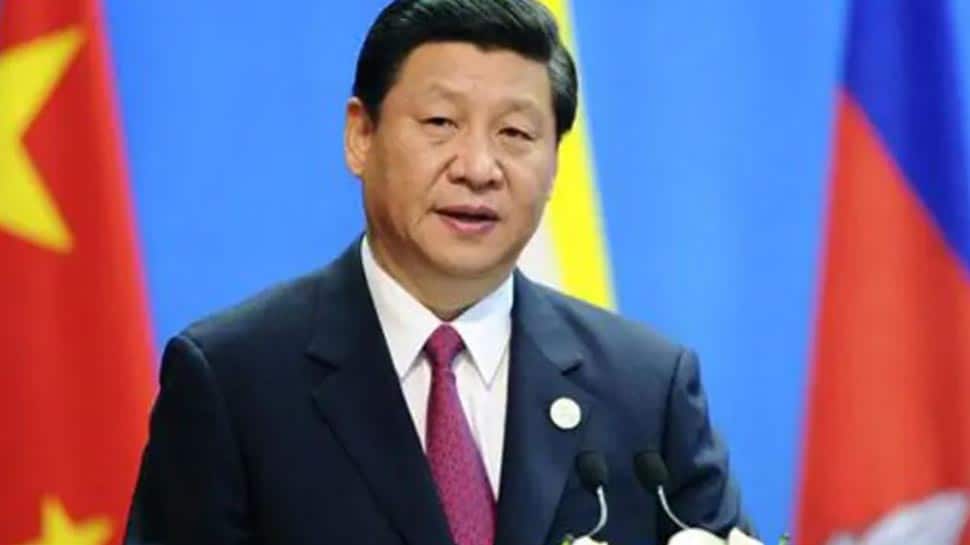 The People’s Republic of China is currently involved in a brutal set of practices in its Xinjiang province that many leading human rights groups and experts have termed as the attempted ethnic cleansing of Uighur Muslims. Unfortunately, this attempt by the Chinese Communist Party ( CCP ) to completely eradicate an entire group of people has largely been ignored by the world and China has repeatedly tried to alter narratives and deny that any activities constituting ethnic cleansing of Uighur Muslims in the Xingang the province has taken place.

The term Ethnic Cleansing refers to the systematic and systemic removal of a group of people belonging to a certain ethnicity, race, and religion by a more dominant and powerful ethnic group. The term was first used in the 1990s to describe the treatment of various civilian groups in the conflicts that erupted upon the disintegration of the Federal Republic of Yugoslavia. As per a Commission of Exerts set by the United Nations has claimed that ethnic cleansing can constitute crimes against humanity and the ethnic cleansing of populations includes coercive practices like murder, torture, arbitrary arrest and detention, extrajudicial executions, rape, and sexual assaults, severe physical injury to civilians, confinement of civilian population in ghetto areas, forcible removal, displacement, and deportation of the civilian population, deliberate military attacks or threats of attacks on civilians and civilian areas, use of civilians as human shields, destruction of property, robbery of personal property, attacks on hospitals, and medical personnel.

The northwestern province of Xinjiang is home to around 11 million Uighurs, these Uighurs comprise mostly Muslims and are a primarily Turkish speaking ethnic group. The Chinese government has been accused by human rights groups and countries of allegedly detaining over a million Muslims in ‘re-education’ camps. Despite such accusations, the Chinese government has maintained that these detention camps are just ‘vocational training centers’ and the human rights of the over a million people who have been arbitrarily detained have not been violated. Even though the Chinese have claimed that these centers are merely vocational training centers, the CCP has repeatedly denied access to the region to foreign investigators and journalists. Why would they attempt to hide the reality of what is going on in the province if it is something as innocent as vocational training? If the Chinese government’s claims are true and the multitude of accusations made against them over the years is false, then would the CCP not themselves invite journalists to Xinjiang in order to reveal the truth?

According to the testimony of Deputy Assistant Secretary Scott Busby to the US Senate Foreign Relations Committee on December 4, 2018, almost 2 million Uighurs, primarily belonging to the Muslim faith has been detained by the Chinese government since April 2017. In addition to those trapped in the camps, close to 11 million Uighurs that live in Xinjiang have had to suffer for decades under the brutal crackdown of the Chinese authorities. Xinjian takes u one-sixth of China’s landmass and is officially known as Xinjiang Uighur Autonomous Region. Uighurs residing there have also referred to Xinjiang as East Turkestan and have claimed that the region should be autonomous of China. Experts believe that there are as many as 30 reeducation camps that detain people that have not formally been charged with a crime and also have no methods of challenging their arbitrary detention. The only ‘crimes’ committed by those detained in the camps are:

● Trying to contact people or traveling to countries that China considers sensitive, such as Turkey and Afghanistan.

● Having more than three children

Basically, one is detained for just being Muslim and practicing their faith. It is believed that the detention of Uighurs began as far back as 2014, but was drastically expanded in 2017. Any caps were also reported to have tripled in size in 2017. The alleged increase in size and number of re-education camps in Xinjiang around 2017 is also supported by an increase in construction-related spending on security-related facilities in Xinjiang.

The Chinese government of course does not want the information about what happens in the camps to be disclosed to the world and therefore maintains strict security around the camps and the region, therefore not much is known about what transpires within these camps. But testimonies given by detainees that have to manage to fee China has shown that those detained inside these re-education facilities are forced to renounce their faith and belief in Islam. In addition, they are also forced to learn Mandarin and ledge loyalty to the CCP. The camps have prison-like conditions where microphones and cameras monitor people’s every move. Some survivors have also claimed that they were subjected to sexual abuse and humiliations, and forced to undergo a procedure such as implanting IUD’s and abortions. Arbitrary detention of Uighurs as well as other ethnic minorities in Xinjiang widely affects families as well. Children of parents that have been detained by the Chinese government are transferred to state-run orphanages and relatives living abroad are faced with the grim choice of returning to the province and facing detention, or remain where they are and lose contact with their families.

Why has China suddenly increased its activities in Xinjiang?

The Chinese Communist Party is worried that the Uighurs in Xinjiang holds extremist and separatist ideas and has long become a breeding ground for extremists. In 2014, President Xi Jinping visited the province and in a series of secret speeches stated that Islamic extremism must be stamped out and the CCP must resort to using tools of ‘dictatorship’ in its crackdown. The Chinese government sees these reeducation centers as ways of eliminating any threats to the unity of China and its territorial integrity.6 In 2017, the Xinjiang government also released a controversial law that attested to curb Islamic extremism, the law prohibited people from growing long beards and from wearing thick veils in public. Under the leadership and guidance of Xi Jinping, the Chinese government has tried to homogenize religion in China, or at least try to force all religions to conform to the CCP’s doctrines. Towards this end, China even entered into a historic deal with the Vatican and Pope Francis, wherein China would recognize the authority of the Pope and Francis would okay the appointment of several Catholic bishops in China.

Officially the Chinese government recognizes 5 religions in China, these are  Buddhism, Islam, Catholicism, Daoism, and finally Protestantism. The CCP has long feared that foreign powers would use religion as a means of spurring separatist sentiments. The Chinese government has also sed terrorist attacks in the past few decades as a means to justify their actions in Xinjiang, in the province any expression of the Islamic faith is seen as extremism.

The key points from the New York Times leaked documents were-

● The groundwork for the mass detention of Uighurs in Xinjiang was laid by Xi Jinping through a series of speeches delivered in April 2014. In those speeches, Xi called for an all-out struggle against ‘terrorism, infiltration, and separatism’. He also added that the Chinese government would show ‘no mercy.’

● Fears amidst the CCP were heightened by the increasing number of terrorist attacks abroad and the reduction of American troops in Afghanistan, a hotbed for terrorist activities. The leaked documents also showed that officials in the government believed that Britain suffered from repeated terrorist attacks because they adopted policies that favored the ‘protection of human rights. Xi Jinping also vehemently advocated for the CCP to adopt or copy aspects from the US ‘war on terror’ following the September 9/11 attacks.

● Things in Xinjiang took a turn for the worse when Chen Quanguo was appointed as the boss for the region in August 2016. After his appointment, the Uighur detention camps expanded rapidly and as per reports Chen instructed local officials to round up all those people that ‘should be rounded up’.

● When Chen encountered doubts or resistance from local officials who feared that the crackdown would lead to heightened ethnic tensions, Chen purged those officials immediately.

The leaked documents contained 96 pages of internal speeches by Xi Jinping, as well as 102 pages of internal speeches by other high-ranking officials. There were also 161 pages of surveillance reports that were used to keep the Uighurs in Xinjiang in line, and also documents pertaining to internal investigations of local officials who were suspected of being sympathetic towards the Uighurs.

Why is Xinjiang important to China?

The Chinese territory of Xinjiang holds crucial geopolitical strategic importance for Beijing and its future ambitions. Xinjiang is predominantly a desert region but is rich in energy resources. Another reason why Xinjiang is extremely important is that it shares borders with several key central Asian countries that are themselves extremely rich in natural resources. And therefore, Xinjiang becomes vital to China’s new Grand Strategy which focuses on expanding its power and influence towards the West.

In 2013, Xi Jinping announced the Silk Road Economic Belt project. The SREB focuses on connecting China with Central Asia and Europe through a number of infrastructures and communication network building. Due to its location, the success of the SREB initiative’s success is directly linked to the stability of Xinjiang. In addition, Xinjiang also plays an important role in the Eurasian Corridor since six out of the eight Sino-European railways originate from this region.

In conclusion, Xinjiang is important to China for three reasons-

● The province acts as a northwestern buffer zone and protects China’s core.

● Xinjiang is China’s gateway to Central Asia and the Middle East and is, therefore, key to the success of the SREB.

● The province itself is rich in natural resources.

In order to ensure stability in the region, the Chinese government has been forcibly introducing Han customs and habits. Beijing also closely monitors the border between Xinjiang and the Central Asian countries and arbitrarily detained anyone that acts ‘suspiciously’.