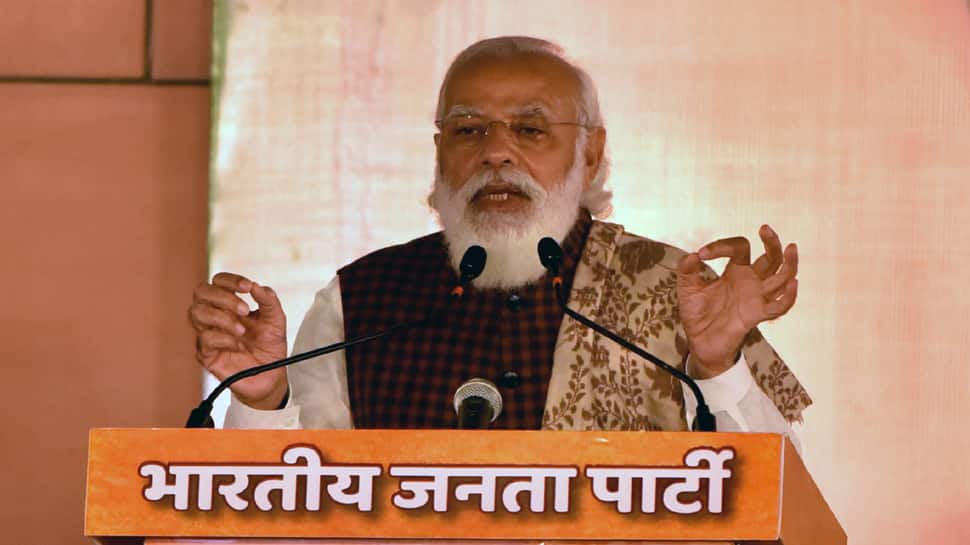 The BJP-led National Democratic Alliance (NDA) succeeded in winning the Bihar Assembly Election 2020 overcoming several odds and Prime Minister Narendra Modi deserves all the credit for helping the NDA win the election. So how does the NDA managed to get the majority in Bihar Assembly election?

In Sasaram, our reporter found that the development work was not up to the mark and the talks of development seem to nothing more than a farce in this place which is famous as the capital of former King Sher Suri.

After Sasaram, Zee Media team went to Buxar, Ara, Patna and Gaya to gauge the mood of the voters. As soon as our team reached Aurangabad, we realised the importance of Brand Modi in Bihar election. In Maya Bigha village of Aurangabad which is dominated by Yadavs and most of them are Rashtriya Janata Dal supporters. But after talking to the villagers, it became clear that they many of them were happy with the schemes launched by PM Modi during coronavirus time to help the poor, including free foodgrains and cash transfer. When Yadavs asked those villagers to remain silent, they said that since the Centre has given them help, they will speak about it.

After Aurangabad, we reached Gaya and talked to some farmers. Majority of the farmers talked about the free foodgrains scheme and cash transger scheme launched by PM Modi to help the poors. After reaching Gaya, we realised that there is a difference in the thinking of the voters of cities and villages.

In cities, most of the people who participated in our programme were young, most of them were against CM Nitish Kumar and were rooting for RJD leader Tejashwi Yadav.

While talking to students at Magadh University in Gaya, we realised that students and youths were miffed with CM Nitish and they were unahppy with the measures taken by the state government to improve the infrastructure of education in Bihar. The youths were worried about employment opportunities and said that the lack of jobs will sink Nitish’s government.

After Gaya, Zee News team went to Nawada, which is a few kilometers away from Nawada. When Zee News team reached the people there were waiting for the rally of RJD leader Tejashwi Yadav and Congress leader Rahul Gandhi. During our programme, one Congress leader said that PM Modi has destroyed the country. The very moment, a woman who was selling ‘litthi chokha’ on a cart said that during the lockdown when no leader supported them it was PM Modi who gave us foodgrains and money. She said, “Modi is our god”.

The voices from the ground sent a message that farmers and poor in Bihar were standing strongly behind PM Modi and NDA and they will most probably vote for the NDA.

During the first phase of polling on October 28, this reporter was in Ara and after interacting with people we found that people are in favour of both the alliance. But one thing was very significant, majority of the males were in favour of Tejashwi, while the women wanted Nitish to return as the CM once again.

After first phase, our team started conducting election special programmes in both villages and towns. From Ara, we went to Samastipur and here also many farmers and poor expressed happiness over the schemes launched by PM Modi during coronavirus lockdown for the poors. After Samastipur, we reached Muzaffarpur and met some students. During the programme, majority of the students expressed disappointment over the delay in exam results and said that they want CM Nitish to go. There was no fear of ‘jungleraj’ and most of the youths said that we have not seen ‘jungleraaj’ and there is no harm in giving one chance to Tejashwi Yadav.

Our next stop was Champaran. I sat with some villagers and heard them talking that there is a tough fight between NDA and Mahagathbandhan. But during the conversation, a senior person said that people will vote for PM Modi because he has given them free food and cash during coronavirus lockdown. He also mentioned that women will vote in large numbers in favour of Modi. East Champaran went completely in favour of NDA as they managed to win 9 out of 12 seats in this region.

After touring throughout Bihar during the election, this reporter realised that though people are unhappy with CM Nitish, PM Modi still enjoys a lot of support across the state and he will help the NDA win the election. The exit polls, however, showed that NDA is unlikely to win the election but this reporter ws confident that NDA will return to power only because of the steps taken by PM Modi during coronavirus lockdown to help the poors and farmers. It would not be wrong to say that youths backed Tejashwi but Nitish still enjoys the support of women voters. This reporter knew that the fight will be tough and the results showed that this was one edge-of-the-seat thriller.

Paris Masters 2020 to go ahead as scheduled amid coronavirus pandemic...

Jammu and Kashmir administration sets up 3 committees to prepare for...

Mumbai Indians vs Delhi Capitals: A look at top 5 bowling...

Sonia Gandhi chose Manmohan Singh because he posed no threat to...