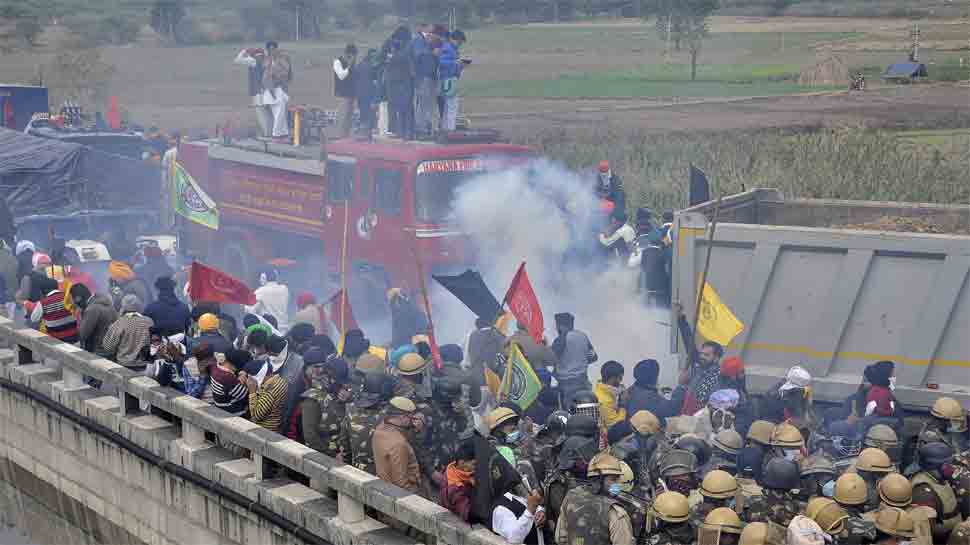 PANIPAT: As thousands of Punjab farmers moved are stationed on the highways at Panipat toll plaza and Karnal, the Delhi Police enhanced deployment of security personnel, stationed sand-laden trucks and water cannons and used barbed wire for fencing at the Singhu Border to prevent the protesters from entering the city.

Police said they would not allow farmers protesting against the Centre’s new farm laws to enter Delhi if they reach the borders of the national capital.

By late evening, a large number of protesters from Punjab and Haryana were close to the national capital, prompting the Delhi Police to close traffic movements at the Singhu border in view of the ‘Delhi Chalo’ march by farmers from Punjab against the farm laws.

Barricading has been done by using barbed wire on the Singhu border to stop the protesting farmers from entering the city.

Delhi Police has sealed the border and deployed a large number of police forces. Roads on both sides have been closed to prevent Delhi from going to Haryana and Haryana from Delhi.

Delhi metro services from the NCR will remain suspended on Friday in view of the ‘Delhi Chalo’ protest march by farmers against the Centre’s new farm laws, officials said. However, metro services will be available from Delhi towards the NCR sections, they said.

As thousands of farmers, mainly from Punjab and Haryana converge on Delhi from multiple directions, there can be a situation of massive jams on these routes. Hence, people of Delhi are advised to avoid taking the Gurugram or Singhu border roads.

In addition, the Delhi residents, who commute through public transport, will on Friday be totally dependent on auto-taxis, buses or private vehicles to go from one place to another.