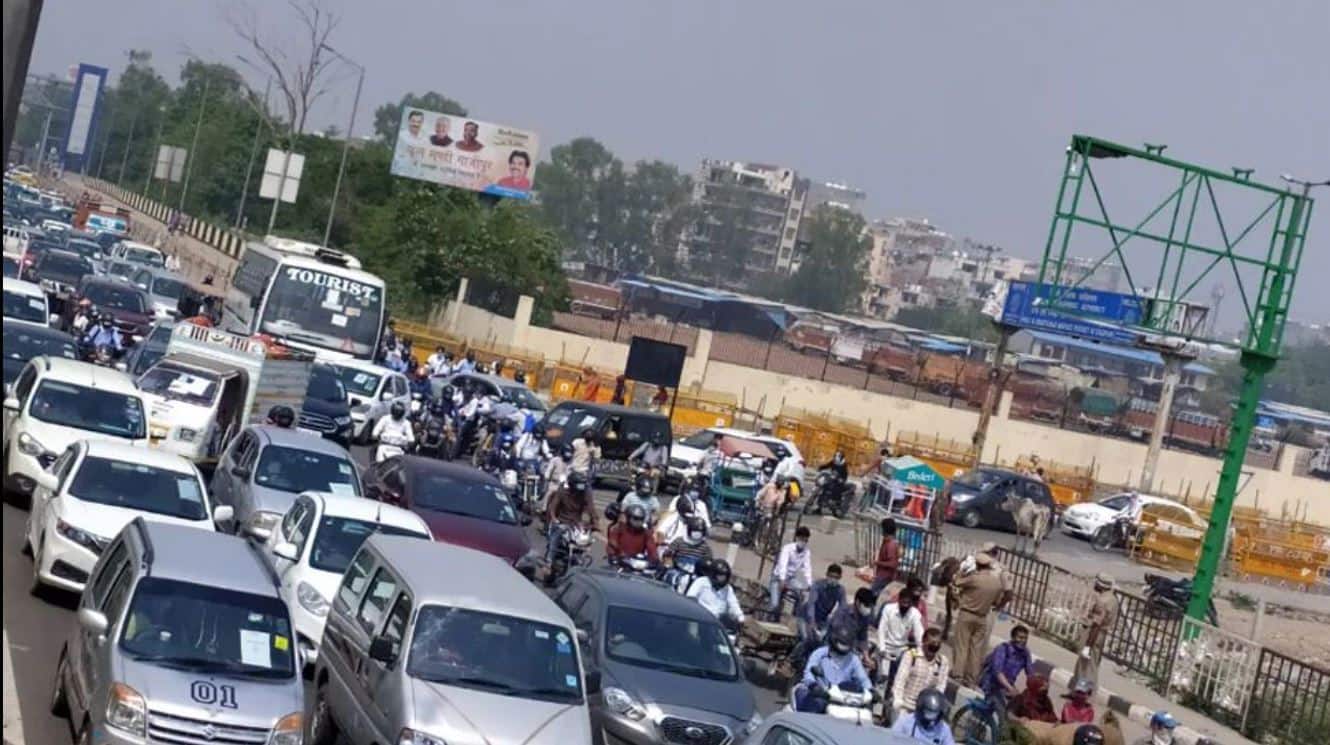 Amid the massive farmers’ protests in and around Delhi against three new farm laws, the Delhi Traffic Police on Monday issued an advisory suggesting  people to avoid some routes.

The Delhi Traffic Police said in a statement that four borders including Singhu, Auchandi, Piao Maniyari and Mangesh are closed for traffic. NH 44 will also remain closed and traffic has been diverted from Mukarba and GTK road.

Check the list of routes which you should avoid on Monday:

– Tikri, Jharoda Borders are closed for any Traffic Movement.

– The Gazipur border on NH 24 is closed for traffic from Gaziabad to Delhi. Those coming to Delhi can take Apsara/ Bhopra/DND and avoid NH 24.

– Badusarai Border is open only for Light Motor Vehicle like Cars and two-wheelers.

– Jhatikara Border is open only for two-wheeler traffic.

India vs England: R. Ashwin ready to shave half his moustache...

JP Nadda asks Rahul Gandhi to apologise for his stand on...