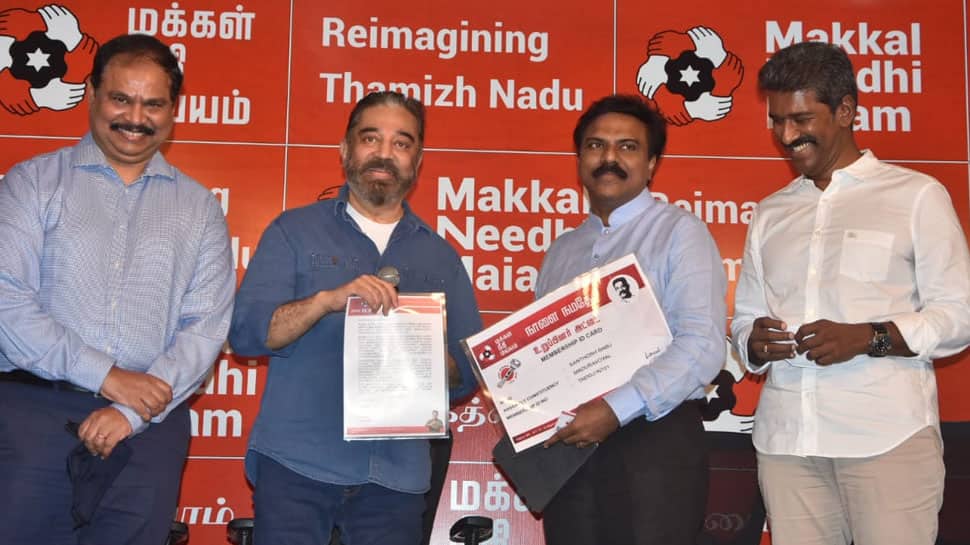 Santhosh Babu joined as the General Secretary – Headquarters. According to Kamal Hassan, the former civil servant would be responsible for handling IT, Data, research, quality, manifesto and all headquarters operations.

Addressing a press conference, Kamal Haasan said, “We are not satisfied with the Chief Minister’s work.”

The actor said that his party would provide a peaceful atmosphere for truthful and straightforward persons and achievers, jovially expressing regret that the civil servant should have joined them six months ago.

Haasan’s campaign tour, which was said to begin by end of November, has now been postponed owing to public health concerns amid the Covid-19 pandemic.

Addressing the media, the 1995 batch civil servant said that he envisioned a model of IT-driven predictive governance that would nearly wipe out the need for one to visit a government office for routine work such as applying documents, etc.

Pointing out the feats achieved by IT employees for their respective organizations working out of Chennai, he said the potential of Tamil Nadu was very high and people were doing world-class work.

He compared the dynamism of the private sector with the lethargy of a government office and questioned why many routine tasks can’t be done without having to visit an office and why such high performance was not enabled in the functioning of the government.

Among first acts as US President, Joe Biden to call for...