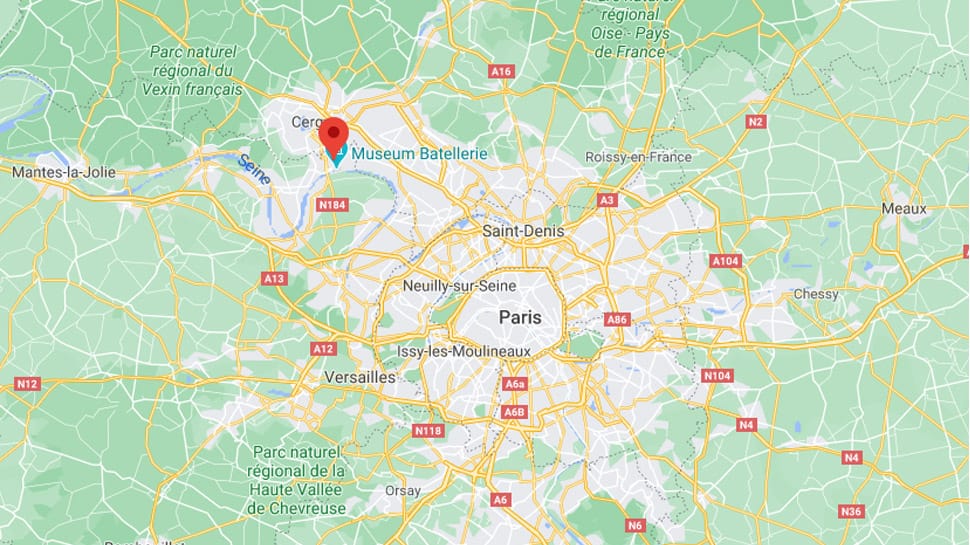 PARIS: A man armed with a knife on Friday killed a middle school history teacher by slitting his throat in front of his school in a suburb of Paris, police said, in an attack that was being treated as terrorism. The attacker was shot dead by a police patrol a few streets away. The teacher had shown pupils in his class cartoons of the Prophet Mohammad, which are considered by Muslims to be blasphemous, according to a police source.

France`s anti-terror prosecutor said it was investigating the attack, which took place in Conflans Sainte-Honorine, a suburb north-west of Paris. President Emmanuel Macron arrived at the scene on Friday evening, a Reuters live feed showed. The incident carried echoes of the attack five years ago on the offices of satirical magazine Charlie Hebdo. It published caricatures of the Prophet Mohammed, unleashing an issue that is still casting a pall over French society.

Less than a month ago, a man originally from Pakistan used a meat cleaver to attack and wound two people who were on a cigarette break outside the offices where Charlie Hebdo was based at the time of the 2015 attack. In Friday`s attack, a police source said that witnesses had heard the attacker shout “Allahu Akbar”, or “God is Greatest”. A police spokesman said that information was being checked.

Another police source also said the victim had been decapitated in the attack, but this was not confirmed. The attack took place in the street in front of the middle school where the victim worked. A Twitter thread posted on Oct. 9 contained allegations that a history teacher in Conflans Sainte-Honorine had shown pupils cartoons purporting to depict the Prophet Mohammad.

The thread contained a video of a man who said his daughter, a Muslim, was one of the pupils in the class, and that she was shocked and upset by the teacher`s actions. The man in the video urged Twitter users to complain to the authorities and get the teacher removed from his post. Reuters was unable to independently verify the authenticity of the video.

French Interior Minister Gerard Darmanin said he had set up a crisis centre to deal with Friday`s attack. France has over the past years seen a series of violent attacks by Islamist militants, including the 2015 Charlie Hebdo attacks, and bombings and shootings in November 2015 at the Bataclan theatre and sites around Paris killed that 130 people.

The magazine said last month it published to assert its right to freedom of expression, and to show it would not be cowed into silence by violent attacks. That stance was backed by many prominent French politicians and public figures.

How a Twitter hashtag provides support for people with breast cancer

Disha Patani heats up the internet with her pics in red...

US bats for formalisation of QUAD | World News