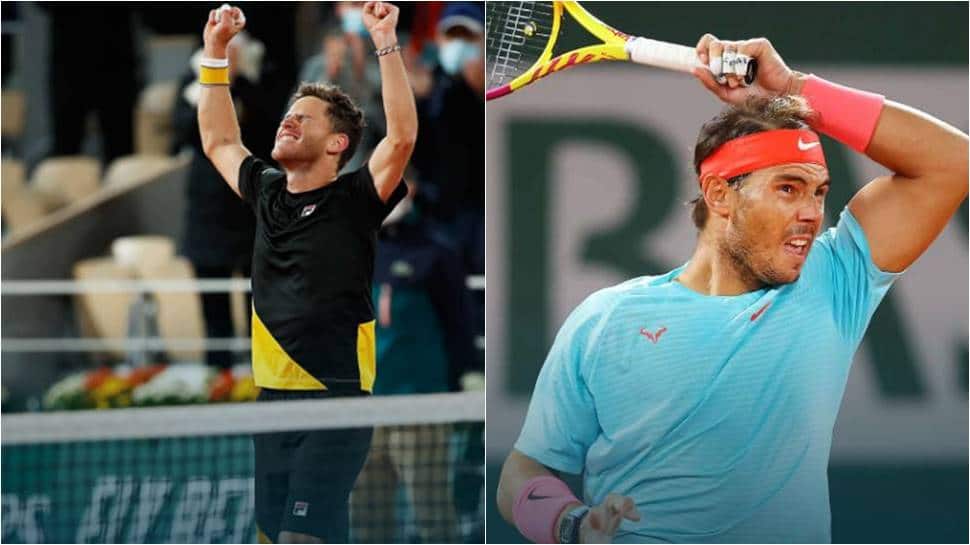 US open winner Dominic Thiem crashed out of the French Open after losing to 12th seed Argentinian Diego Schwartzman. In a match that lasted over five hours, Schwartzman managed a 7-6(1), 5-7, 6-7(6), 7-6(5), 6-2  win over Thiem who was looking to make a fifth successive semi-final at Paris.

After the game, the 28-year-old said that it was his variation that helped him find a way to beat Thiem.

“I have to do a mix every time I’m on court,” said Schwartzman. “Being aggressive when I have the chance, having good defenses when I have to do it. Today I think was different game. I went to the net many times, because Dominic was hitting a lot of slice. When I had the opportunity to go to the net against that slice, it’s a good position for me,” he said.

This victory guarantees Schwartzman a place in the Top 10 of the ATP Rankings for the first time when the new list will be  published on Monday.

Schartzman has set up a semi-final clash with second seed and 12-time champion Rafael Nadal.

Nadal, on his way to his record of 20 Grand Slam men’s singles titles, managed to beat a lesser experienced Jannik Sinner 7-6(4), 6-4, 6-1 with the match lasting nearly 3 hours.

“I’m very, very happy to be in the semi-finals again here at Roland Garros. No doubt that this is the most important place for me and the most beautiful place to play. [I’m] just very, very happy,” Nadal said on court.

Nadal has not lost a set en route to his 13th semi-final at this event, only dropping 34 games in 15 sets.