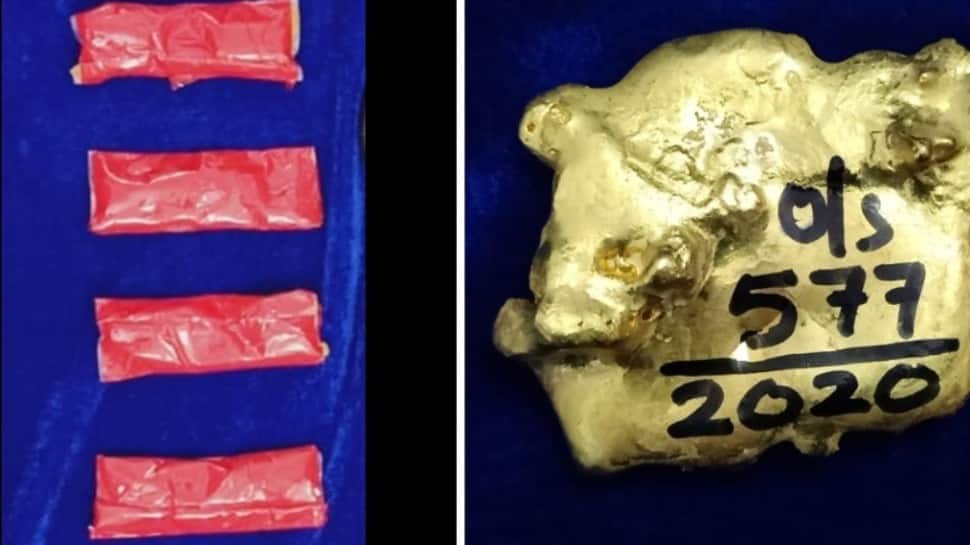 Chennai: In two separate cases, the Air Customs officials seized 239 grams of 24K purity gold worth Rs 12 lakhs along with Saudi Riyals and US dollars worth Rs 6.5 lakh on Monday (November 30, 2020).

According to officials, Dubai returnee Mohammed Hasan Ali, 23, of Ramanathapuram had arrived via Emirates Flight EK 544 and was intercepted by a Customs officer as he was rushing through the green channel when his slippers happened to come off. The officer who tried to help pick his slipper found it to be unusually heavy.

On examination, a gold paste was found concealed between the extremely broad leather straps. Four gold paste packets- two from each slipper, weighing 292 grams were recovered. 239 grams of 24K purity gold valued at Rs 12 lakh was recovered and seized under the Customs Act.

At the departure terminal, Sahubar Sathik, 21, of Ramanathapuram who was destined for Dubai by Air India Express Flight IX 1643 was intercepted as he was proceeding to the security hold area after clearing immigration. He was frisked on suspicion of carrying foreign currency. 7,000 Saudi Riyals (SAR) in the denomination of 500 were recovered from his wallet and 7,000 US Dollars in the denomination of 100 dollar bills were recovered from his hand baggage.

CBI conduct searches at 25 places in Andhra Pradesh, Telangana in...

If you are buying a knife online in Nagpur, your details...