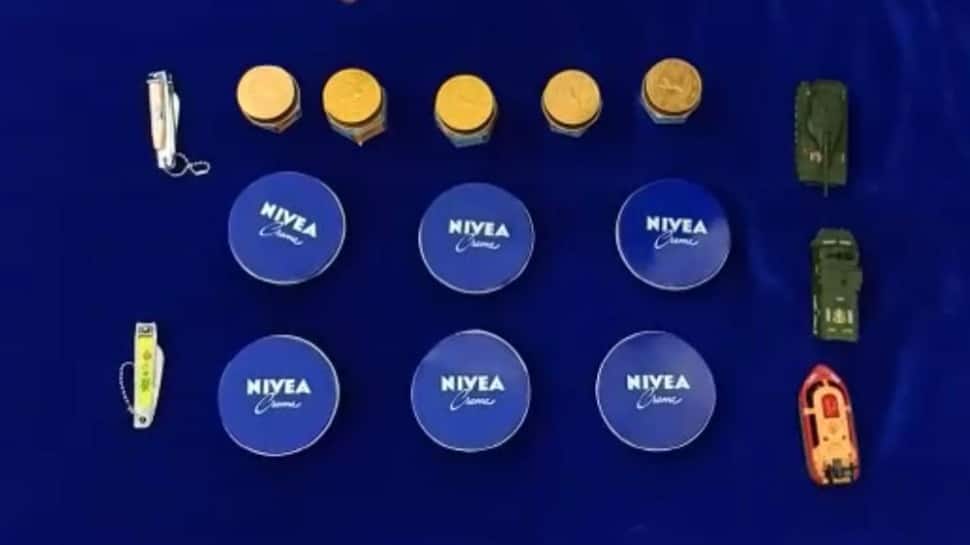 Chennai: The Air Customs Officials at the Chennai airport have seized gold worth Rs 14.12 lakh hidden inside the face creams, nail clippers and toy cars.

The officials intercepted and examined the baggage of Syed Nadeem Ur Rehman, 33, of Chennai who had arrived by Indigo flight 6E-66, as he was walking hurriedly through the green channel.

A total of 11 round gold pieces were found hidden in the lids of five Tiger balm glass bottles and six Nivea Cream boxes. Besides three pieces of gold hidden in mini toy cars, four knife and bottle opener attachments made of gold were recovered from a multifunctional nail clipper.

On frisking, one gold cut bit was also recovered from his pant pocket.

A total of 19 gold cut pieces weighing 286 grams valued at Rs 14.12 lakh were recovered and seized under the Customs Act.

X-ray imaging of a beetle’s world in ancient earthenware

Gunmen kill 11 in attack on Iraqi army post in Baghdad...

Papa never made a film for me, I produced ‘Paa’ for...