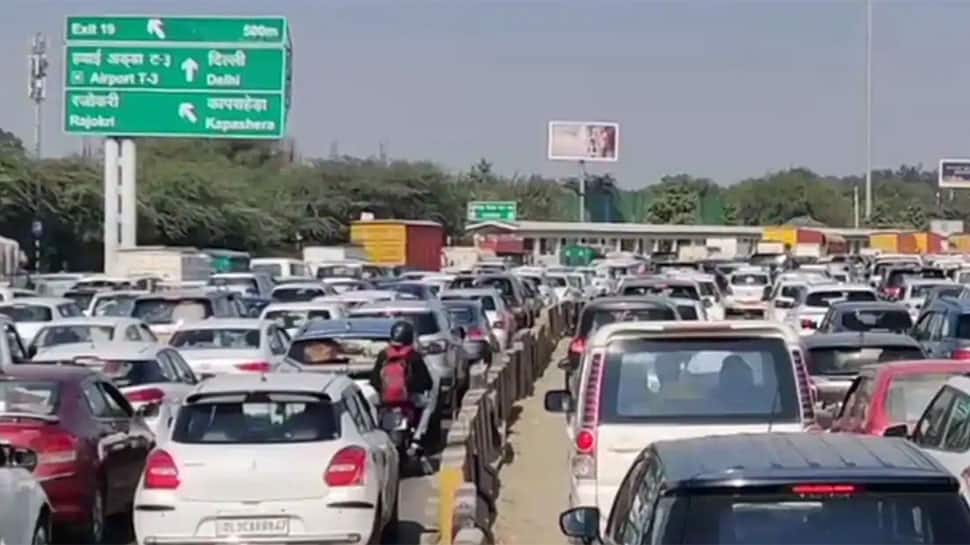 In its advisory, the Gurugram Police said that traffic on certain routes leading to the national capital have been diverted due to the farmers’ agitation.

It further alerted that traffic congestion has been reported on NH-48 near Iffco Chowk towards Jaipur due to a vehicle accident.

Badusarai border is open only for two-wheelers. The police advised the commuters to avoid the Outer Ring Road from Signature Bridge to Rohini and vice versa, GTK Road, National Highway-44 and Singhu, Auchandi, and Lampur borders, as the traffic is “very heavy”.

“Singhu border is still closed from both sides. Lampur, Auchandi, and other small borders also closed. Please take alternate routes. Traffic has been diverted from Mukarba Chowk and GTK Road,” the police tweeted on Thursday morning.

As the Chilla border on Noida Link Road is closed for traffic due to the farmers` protests near Gautam Budh Dwar, police have advised the commuters to avoid it for going to Noida and use NH-24 and Delhi Noida Direct Flyway instead.

A large number of farmers, mostly from Punjab, have gathered in and around Delhi in protest against the three farm laws, passed in the Monsoon Session of Parliament in September. The Centre is scheduled to hold talks with representatives of farmer unions today.

Earlier on Tuesday, the farmer unions rejected the government`s offer to set up a committee to look into the issues raised by them and said they will intensify their stir until their demands are met.

On Wednesday, Tomar and Goyal met Union Home Minister Amit Shah at the latter`s residence here to discuss the issues. The farmers are protesting against The Farmers` Produce Trade and Commerce (Promotion and Facilitation) Act, 2020, The Farmers (Empowerment and Protection) Agreement on Price Assurance and Farm Services Act, 2020, and The Essential Commodities (Amendment) Act, 2020.

Sensex tanks over 500 points in early trade; Nifty slips below...

Now, you can avail discount on non-subsidized cylinder too – Here’s...

Ban on firecrackers in 23 states, NGT to pronounce crucial verdict...