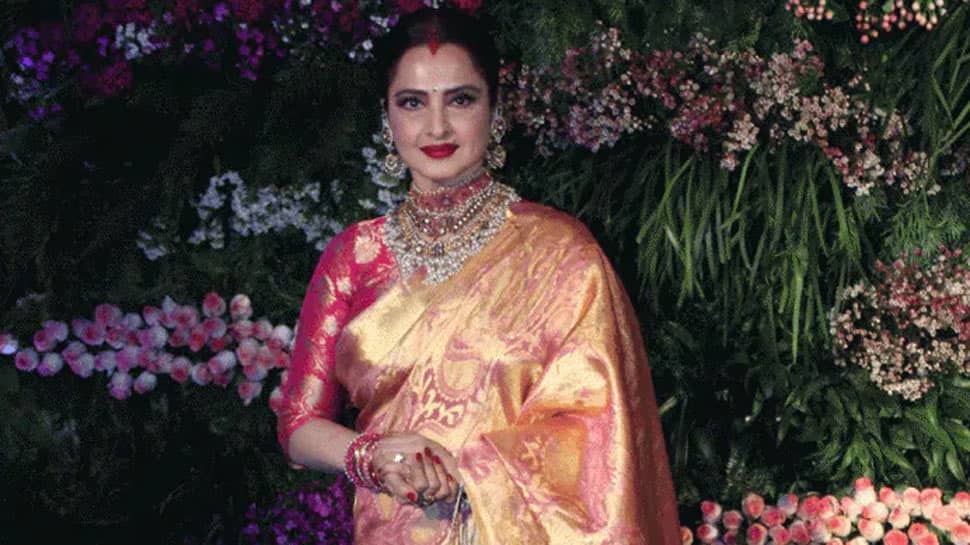 New Delhi: The legendary Bollywood actress Rekha celebrates her birthday on October 10. Her majestic beauty and powerful performances have left many wanting for more. She has an impressive body of work and filmography to her credit.

On her birthday, let’s take a look at Rekha’s best on-screen performances:

Who can ever forget Rekha donning the role of Zohra Bai in the 1978 hit film, Muqaddar Ka Sikandar? Rekha portrayed the character of a woman who is selflessly in love with Sikandar (Amitabh Bachchan). This is the role which took Rekha’s career up a notch.

Rekha played this role in the 1978 drama film, Ghar. Aarti Chandra is Vikas Chandra’s (Vinod Mehra) wife and the movie followed the married couple’s tribulations once the wife is gang-raped by four men.  Rekha garnered a lot of praise this movie and she was also nominated for a Filmfare award.

The movie Silsila was released in 1981 and had created quite a buzz among the audience. Mainly because it gave a hint at the rumoured off-screen love triangle between Amitabh Bachchan, Jaya Bachchan and Rekha.

The movie Umrao Jaan, released in the year 1981, will always be a classic. Rekha played the iconic character of Umrao Jaan Ada, a courtesan in this Muzaffar Ali directorial.

While the song ‘Dil Cheez Kya Hai’ of the movie rings a bell even today, Rekha’s convincing performance in the film led her to win the national award for her role.

Rekha played the character of Mansi in the movie Aastha: In the Prison of Spring, that released in the year 1997.

Her role in this film of a middle-class housewife who turned to prostitution broke a lot of conventions and showed the open-minded nature of the actress. Her performance was not only recognised but was also widely appreciated.

Rekha has a long list of powerful works which has etched a strong memory in fans’ minds.

Videos most effective in communicating with parents about secondhand smoke risks

RBI Monetary Policy to be announced on October 9 | Economy...

Shraddha Kapoor celebrates 1 year of ‘Chhichhore’ in ‘loving memory’ of...