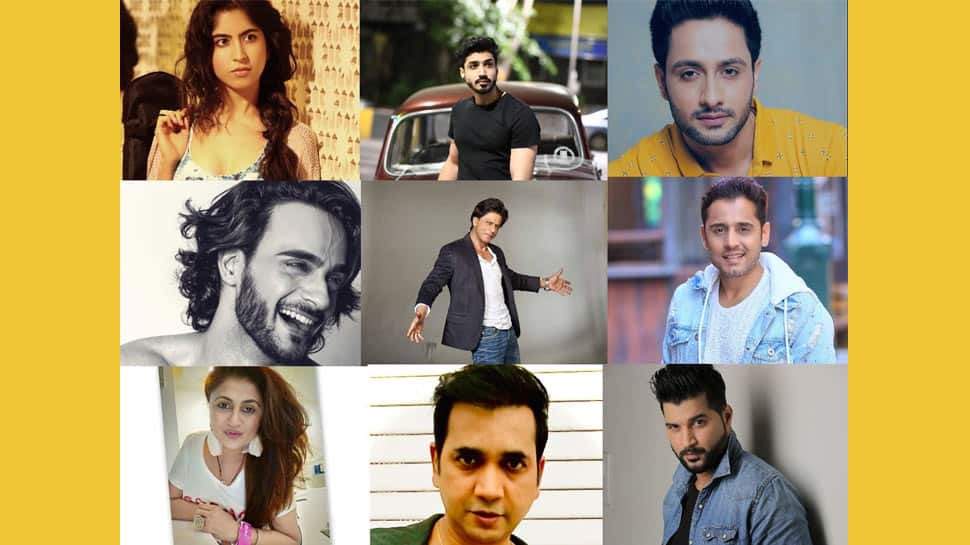 New Delhi: The Badshah of Bollywood, Shah Rukh Khan celebrates his birthday on November 2. The king of romance kickstarted his celluloid journey with television and gradually moved to films. He has achieved the impossible ane touched a million lives. SRK is loved by fans across generations and his legacy is unfathomable.

TV actors shower birthday wishes for King Khan, wishing him all the luck in life. Here’s who said what:

Aneesha Madhok: Shah Rukh Khan is a success because he knows how to love! I think that the King Khan was born to spread love and people fell in love with his romance on screen. From what I see, he’s a wonderful father and husband. I respect him for making his kids get educated at reputable universities. His son was at my university in Los Angeles. The University of Southern California School of Cinematic Arts was in the University of Southern California, where I went too. Om Shanti Om is my favourite film. I first saw it when I was 11 years old and since then I’ve been re-watching it from time to time. A very happy birthday to the smart, humorous and talented SRK. India loves him!! I love him mucho (a lot in Spanish). since Spanish is a romantic language, I want to say “te amo mucho (I love you) SRK and happy birthday”

Vikas Sethi: What really stands out for me is DDLJ, it’s my all-time favourite. The most admirable quality about him is that he is consistent and persistent. I wish the big Baadshah of Bollywood the happiest 55th and a splendid year ahead!

Jhanvi Sethi: I have always been a big fan of Shahrukh Khan all my life. My all-time favourite is DDLJ. I think what I admire about him is the fact that he is so committed and consistent for decades. Happy 55th birthday to SRK and wish him a beautiful year ahead!

Saanand Verma: No one can be like Shahrukh Khan and one most important thing is that he was not so big initially but he worked hard to become the Badshah of the industry. His body language, dedication is unimaginable. His mind is very sharp and he was the first one who bought an IPL team and then later, other stars bought teams. He is a trendsetter and in his song Rukh Jaa o Dil Deewane, his energy is amazing. He started from TV with the serials Circus and Fauji and since that time people likes him so much. I always followed and admired him. The work he has done in the movie Darr is unbelievable. I think it is one of the finest movies. My personal favourite is Chak De! India because the energy level is so high in the film.

Savi Thakur: First of all, happy birthday Shah Rukh Khan sir, may you live a 100 years. Lots of love . My best wishes for your upcoming project. I think his positive attitude and confidence makes him shine brighter than other stars .. he is a gentleman and that’s why we call him the Baadshah of Bollywood. He is an inspiration for many of us (actors) because we know all about his journey of becoming King Khan. He has given great hits to Bollywood and it’s very tough to name just one. I love Devdas. He was fantastic in that movie, I have watched it so many times

Kunal Thakkur: I feel Shahrukh is and will always remain the Baadshah of Romance…its pure bad luck that even after trying all different genres, his last few films did not work. I feel it’s just a matter of time and he will soon be back to the top of the game. His energy and aura, along with his expressive eyes, make him the king of Bollywood. I am really inspired by the way he has achieved so much considering the fact that he started his career from television. DDLJ is my favourite Shahrukh film and I must have seen it over 30 times.

Angad Hasija: Whenever I see Shahrukh Khan, I get motivated because he is very focused, his vibes are very good. I have worked with him a bit in Star Parivar Awards. When he came to the sets and met everybody, it was a totally different experience. It seemed like he is speaking right from his heart. When I met him for the first time, he spoke to me so nicely. He motivated everyone. His way of working is amazing and we can learn many things from him.

Suraj Kakkar: First of all, I love Shahrukh Khan,  I am a Shahrukh fan. Secondly, he realised much early in life what the audiences want. People love him so much and he has respected and maintained all that love. He always bows his head in front of his fans despite his huge stardom. He loves his fans so much. He has given us such legendary films. The last few films of his haven’t worked but people still love him, it’s not anyway going to affect his stardom and career. His fans love him for what he is and that’s what makes him the Badshah of Bollywood. His dedication, the way he maintains his personality is amazing. I love his Kal Ho Naa Ho! I have watched it multiple times with my family.

9 missing after vehicle plunges into Chenab river in Jammu and...

KBC 12: IPS Officer Mohita Sharma is the second crorepati of...

2019 election mandate has decided the nation’s course for next 50...