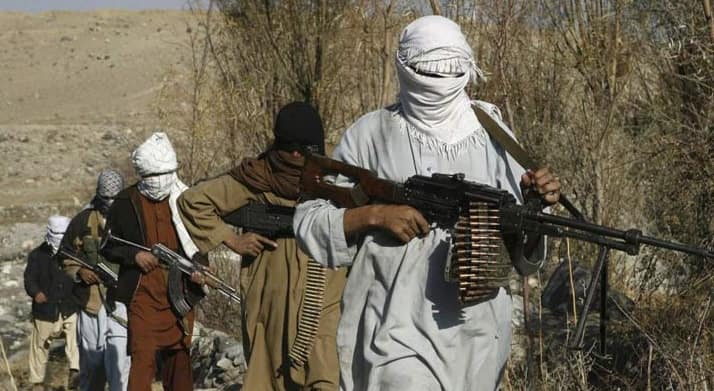 New Delhi: Haqqani Network (HQN) Chief Sirajuddin Haqqani is believed to have reached Afghanistan’s Helmand province from Quetta in Pakistan. The Helmand province recently witnessed a massive gunfight between Taliban and Afghan security forces and the Taliban managed to capture a couple of important strategic posts of Afghan National Defence and Security Forces (ANDSF) and parts of the capital city of Lashkargah.

Insiders have revealed to Zee News that Haqqani has been sent to Afghanistan on the directions of Pakistan’s ISI for multiple objectives. First is to assess the situation in Helmand after the coordinated Talibani attack on Helmand on 11th October and ensure the safe passage to Pakistani terrorists involved in the attack.

Another major intent of sending Sirajuddin Haqqani to Afghanistan is to contact Taliban leaders and negotiate with them about the representation of Pakistan’s interests during the peace process. Sirajuddin Haqqani is also scheduled to meet Taliban commander Mullah Yaqoub in Helmand. Interestingly, all heads of Commissions of Taliban are presently camping in Helmand itself.

Sirajuddin is scheduled to meet a number of top Taliban commanders, take them into confidence, and influence them to represent Pakistan’s interests during the ongoing peace talks in Doha. The most important objective, however, is to motivate Pakistani cadres deployed within terrorist outfits in Afghanistan not to move to Pakistan and keep fighting from their respective Afghan bases until the FATF proceedings to ensure that Pakistan doesn’t get blacklisted.

Any news on the presence of terrorists sponsored by Pakistan shall lead to a huge embarrassment during the FATF proceedings and can rebut its claims of checking terror financing. Haqqani is also expected to meet and inquire about the well-being of Talibani terrorists who were recently asked by Pakistan to shift to Afghanistan after issuing the FATF sanction list in August 2020.

Counter-terror analysts argue that amidst the Intra Afghan negotiations and Afghan peace process, Pakistan wants to get a greater dominance in both the procedures by proving its might through multiple attacks across Afghanistan. It is believed that as both these processes progress, Pakistani terrorists are expected to magnify the frequency and intensity attacks in Afghanistan through organisations like Haqqani, Taliban and ISKP, as three of them have been intensely infiltrated by cadres from Pakistan-based terror groups.

Locals have revealed that hospitals across Pakistan, especially in Quetta, Karachi, and Peshawar have been filled with injured Jaish-e-Mohammad terrorists. The cadres being currently treated also include those injured during gunfight with Afghan and US security forces after Talibani offensive in three cities of Helmand on the 11th October.

According to information reaching Delhi from Afghan suggests that all the five major hospitals in Quetta have been filled with the Taliban and Jaish cadres recently injured during the Helmand attack.

Taliban as well as Pakistan, both are in aggressive mode and are expected to intensify violence in Afghanistan. The release of Taliban prisoners and infiltration of Pakistani cadres into Afghani terror outfits have added to the ongoing violence, which went to a record high in the last 18 years.

Tamil Nadu firm on bilingual policy, will not go back on...

Third wave of coronavirus in Delhi worst so far, cases to...