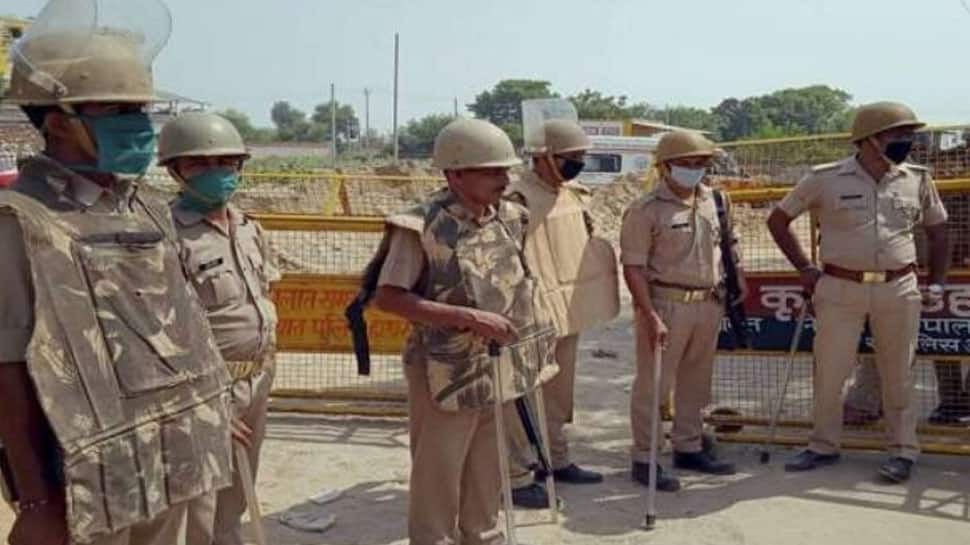 LUCKNOW: The Yogi Adityanath-led BJP government in Uttar Pradesh, which has been facing intense criticism from the Opposition parties, has tightened the security of Hathras gang-rape victim’s family.

The CCTV cameras have also been installed outside the victim’s house. It may be noted that the family had sought adequate security from the government.

Sharing more details, Hathras Superintendent of Police Vineet Jaiswal said that two women sub-inspectors and six women constables have been stationed at the victim`s house. “Two security personnel have been deployed for the security of the victim`s brother. Provincial Armed Constabulary personnel are also camping outside the house,” he added.

Apart from this, 15 police personnel, three station house officers and one deputy superintendent of police have been deployed in the village to prevent any untoward incident, he added.

An entry register has been kept outside the victim’s family to take down details of the visitors coming to meet the family.
Any one who comes to their house will be thoroughly frisked and only then they will be allowed entry inside the house, the SP said.

The victim`s family had repeatedly said that they feared for their safety. They had even said that they wanted to leave the village and settle elsewhere.

“We are afraid of threats (from the supporters of the four accused arrested in the case). The coming days will be more challenging for us,” the victim`s brother said.

Meanwhile, in a video that has gone viral on social media, some upper caste men can be heard threatening the victim`s family and defending the four men arrested for the crime.

The men are seen shouting threats on camera when Bhim Army chief Chandrashekhar visited the victim`s family on Sunday.

Videos that have surfaced online show the complete fearlessness and impunity with which the men go around dropping threats in the presence of scores of policemen.

“Do you not have faith in the CBI?” He (Chandrashekhar) does not trust the CBI, has come here to do politics. Just let us meet him once then we will make sure he does (trust the CBI),” a man shouts in one of the videos, surrounded by policemen who simply watch him.

The police are seen trying to reason with him. One of the men accused of attacking the 20-year-old woman has the same name as her brother. The men alleged that her brother had killed her and the other man had been framed.

Removing this hidden nasty from our food could save thousands of...