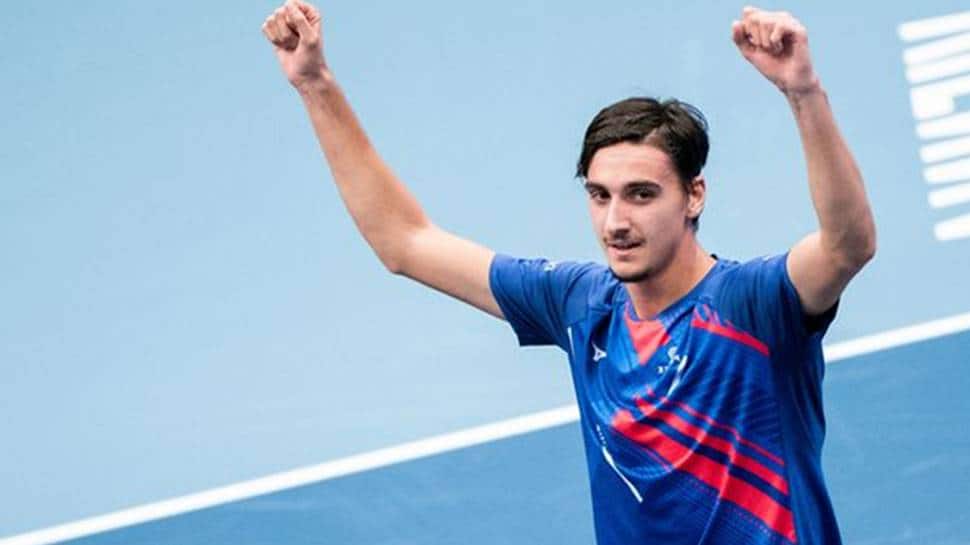 Djokovic who faced his third loss of the year, after being disqualified for hitting a line judge with a ball at the US Open and losing the French Open final to Rafael Nadal, looked in good spirits after the match.

“He just blew me off the court, that’s all,” Djokovic said. “He was better in every segment of the game… it was a pretty bad match from my side, but amazing from his side. He definitely deserved this result,” he added.

“I came here with the intention to try to earn more points and secure the No. 1 in the end of the year. I have done that, so I move on,” Djokovic said.

Djokovic lacked power in his groundstrokes and produced a string of mistakes from the start. He soon dropped 4-0 behind, winning just five points on Sonego’s serve in the opening set.

Sonego lost in the final qualifying round to Aljaz Bedene of Slovenia, but was added as a lucky loser to the main draw after several players pulled out with injuries. The Italian became the first lucky loser to beat the world No. 1 since 2017 when Jordan Thomson stunned Andy Murray at Queens.

Sonego will play Grigor Dimitrov or Daniel Evans for a place in Sunday’s final.

Despite the loss Djokovic will retain the World No. 1 ranking, for now. He will not defend his title at the Paris Masters next week. The ATP will deduct no points in this shortened season because of the pandemic, while he also could gain no additional points as the defending champion.

Ahead of Diwali, quality of LED lights imported from China under...

Which coach says no to Messi? PSG manager Thomas Tuchel after...

Bryan brothers announce retirement days ahead of US Open 2020

Every time Ayushmann won, I have had tears of happiness in...