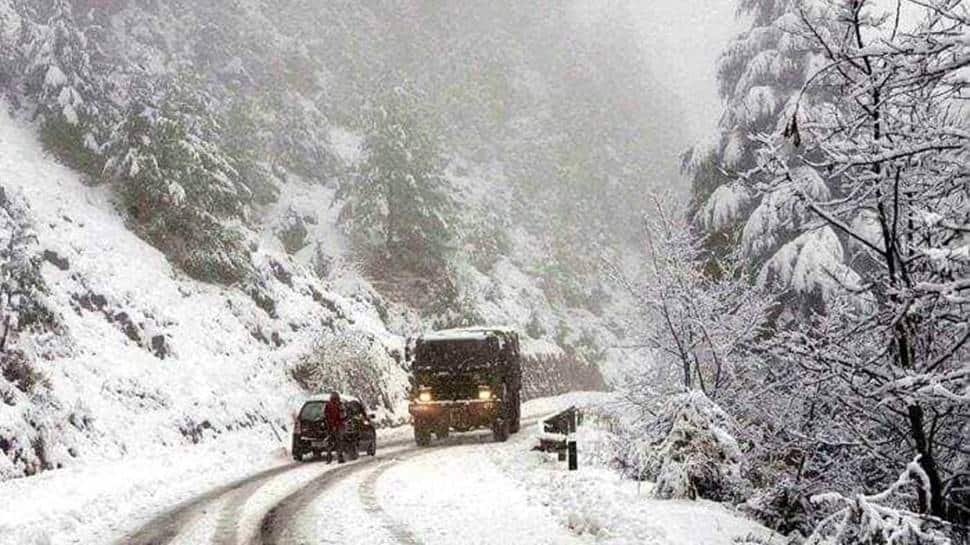 Kashmir: The Indian Meteorological Department (IMD) predicted heavy snow and rain in Jammu and Kashmir and Ladakh from November 13, Friday for the next two days.

The weather agency issued a warning for air/surface traffic including all highways connecting Kashmir with the country.

The Kashmir Valley, which is already facing freezing cold weather, has issued a weather advisory predicting heavy snowfall and rain in Jammu and Kashmir and Ladakh from Friday.

The IMD said that active western disturbance is most likely to affect Jammu and Kashmir and Ladakh as well as its surroundings from the evening of November 13 to 15, causing widespread moderate to heavy snowfall and rainfall in both areas.

Changes in weather are likely to begin from Friday evening in some parts of the Kashmir Valley, while the intensity of rainfall along with snow will be seen over the next two days – Saturday and Sunday. Deputy Director Srinagar Meteorological Department Mukhtar Ahmed says, “Extensive moderate rain/snow is expected in Jammu, Kashmir and Ladakh regions. Light rain/snow will begin at some places in Kashmir on the 13th (night) and thereafter there will be an increase in snowfall and rains during November 14 and 15 then intensity and rainfall will gradually decrease after Sunday evening. The department has forecast heavy snowfall and rain in the upper reaches of the Kashmir Valley – Gulmarg, Sonamarg, Baramulla, Qazigund, Bandipora (Gurez and Tulail Valley) and Kupwara (Karnal Sector), Shopian, Qazigund-Banihal, and Pir Panjal areas of Jammu.  Ladakh region will also get affected, where the weather in Drass Gumri and Meenmarg and Zanskar will also get worsen. The IMD has said in the Advisor that it has also warned that Jammu-Srinagar / Srinagar-Leh National Highway, Mughal Road. All these highways which connect the Kashmir Valley with the rest of the country. will get affected.

The Meteorological Department has reported that landslides may occur in sensitive areas of Jammu to Srinagar and Srinagar to Leh National Highway. This will also affect apple and agricultural operations. because air and surface transport will also get affected. Due to changes in weather, day temperatures can drop drastically whereas night temperature can go more below freezing point.

With the onset of November in Kashmir, the temperature has seen a sharp drop, the cold outbreak which is causing problems to common people is continuously increasing. The night, as well as day temperatures, are already running below normal.

Pakistan move Zimbabwe ODIs from Multan to Rawalpindi due to logistic...

Centre issues new COVID-19 guidelines to be effective from December 1;...

Explained: What does Joe Biden as new US president mean for...

After Google, Apple and Amazon suspend pro-Trump app Parler on its...

NIA takes over investigation of Bengaluru riots that took place in...