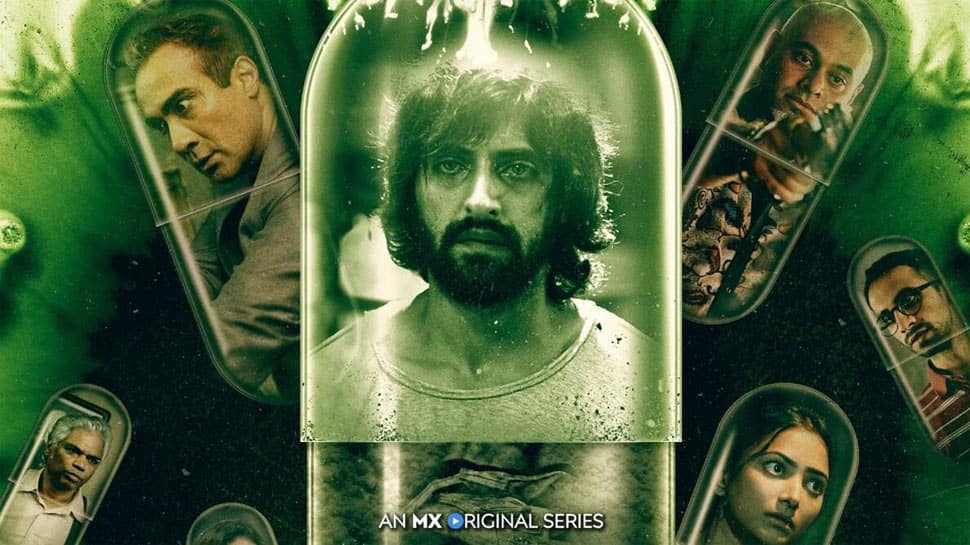 Fancy a miracle drug that perks up the mind. A little unimaginatively, perhaps, the drug is called Magic, though the name is meant to underline its sheer energising power. A band of do-gooder scientists want to introduce the pill and heal the world, but therein lies the rub.

Pharma giants don’t like the idea of a world that is permanently healed by a pill. The drug mafia is irked, too — what happens to all the ‘maal’ if a single pill starts defining bliss?

Director Nikhil Rao and his co-writers (Nishant Goyal and Emil Thomas) create space for ample drama and suspense to sustain a nine-episode saga with that premise. What’s more, the series reserves a smart tease for its last scene, leaving you with high hopes about season two.

The screenplay introduces Akshay Oberoi as Mumbaikar Shiv Mathur, a junkie whose life is hurtling off control. He wakes up at a rehab centre one day. The place belongs to Dr Roy (Prakash Belawadi) who, he discovers, runs some sort of a lab in the building along with assistants Shweta (Shweta Basu Prasad) and Nakul (Nakul Bhalla). The team is on way to discover Magic, the miracle drug, Shiv realises soon enough.

The trouble starts when they try to sell the drug in the open market. It draws the attention of a lot of dangerous people, from the drug lord Munna (Kunal Naik) to the uber-refined pharma boss (Padmavati Rao) who doesn’t waste a minute while casually issuing orders for a lethal hit.

The story creates space for a parallel flashback track set in the seventies, which plays out as a black-and-white prologue to each episode. The flashback bits are an interesting value-add, and the contexts set up by narratives past and present fuse seamlessly.

Despite nine episodes, the show is never boring. The story maintains a brisk pace, mostly serving twists at the right places. This isn’t exactly pathbreaking fare and there are stretches that could seem predictable, but writer-director Rao and team make up with impressive storytelling skills and production values (KU Mohanan and John Jacob Payyapalli’s cinematography is exceptional). They also extract fine performances from the cast with well-penned roles.

Akshay Oberoi manages to bring alive Shiv effectively, without coming across as too wooden while essaying the traits of an addict. Shweta Basu Prasad, Nakul Bhalla and Prakash Belawadi are authentic, but it is Ranvir Shorey who scores effortlessly as Jackson Lakda, the ruthless killer struggling to come to terms with his past.

The series completes its portrait of criminality by mixing dingy low life of the streets with the deceptively dazzling arena of corporate avarice. For a good measure, a jibe at peddlers of fake news is thrown in, too. The show is a trip on the fun side, though it never misses out on raw realism. And you could tag some extra topicality to it, perhaps, at a time when the ‘high’ life threatens to usher a low phase for many in Bollywood.

Second wave of coronavirus inevitable in UK, everything under review: PM...

After Pfizer and Moderna, Oxford-AstraZeneca COVID-19 vaccine can be 90% effective...

Sheets of carbon nanotubes come in a rainbow of colours