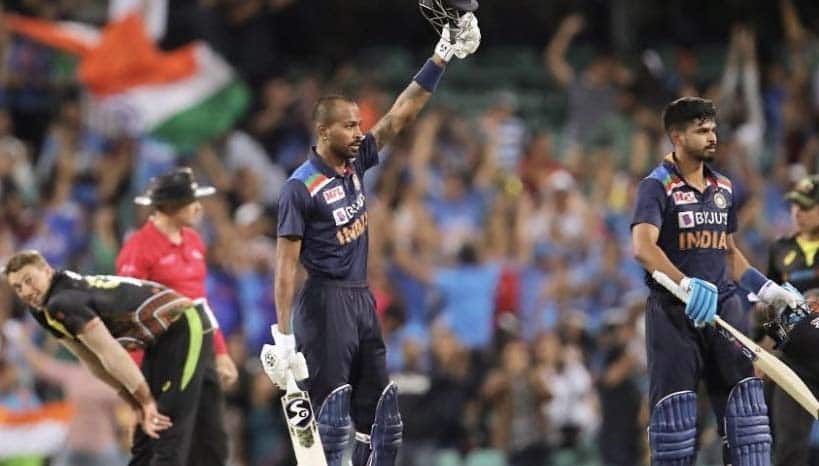 Hardik Pandya may have proven himself to be a batsman in form in the ODI series by scoring a couple of 90s while batting deep and helping build India’s innings, but India skipper Virat Kohli feels that the all-rounder’s calling remains in finisher’s role, helping India win matches from any situation.

Pandya starred with the bat on Sunday, scoring a 22-ball 42 and hitting two sixes in the last over to help India win the second T20 International and seal the series.

India have been looking for a finisher in recent times after former skipper MS Dhoni retired and Suresh Raina not there in the scheme of things anymore. With Ravindra Jadeja, Pandya forms a power-packed duo at the back-end of India’s innings in limited-overs cricket.

“The reason for him coming to the team in 2016 was his pure ability. He was natural, raw talent… now he is quite experienced by playing a lot of T20 cricket in the IPL and for India. He now realises that this is his time, in the next 4-5 years, to really become that bankable middle-order player that can win you games from anywhere. You need that finisher, and he is becoming that for us. And he is hungry, he is going to keep getting better,” said Kohli after the end of the match.

Pandya, who has not been able to bowl during this limited overs series, had earlier on the tour said he is trying to play as a pure batsman, trying to take the game deep.

He acquitted himself well in the role of a batsman, scoring a couple of 90’s in the three-match ODI series.

Asked if he sees himself as a pure batsman or as a finisher, Pandya said that he doesn’t mind playing either role. He added that he prefers to play according to situations.

“To be honest it does not matter to me. It is the situation that I have always played to. If I have to stay there and dig deep I will, if I have to finish the job then I will do that. Whatever the teams requires, I always try to that and things are coming pretty well,” he said at the post-match media interaction.

Kohli added that Pandya’s biggest advantage is that he plays with passion.

“His plans are on the right path and he plays with all his heart. You can’t win games like these by just calculating through your mind, I think you need to bring that passion out while playing for your country and he certainly has got that, competing and executing at the highest level. I hope he does that and keeps going strong,” said Kohli.