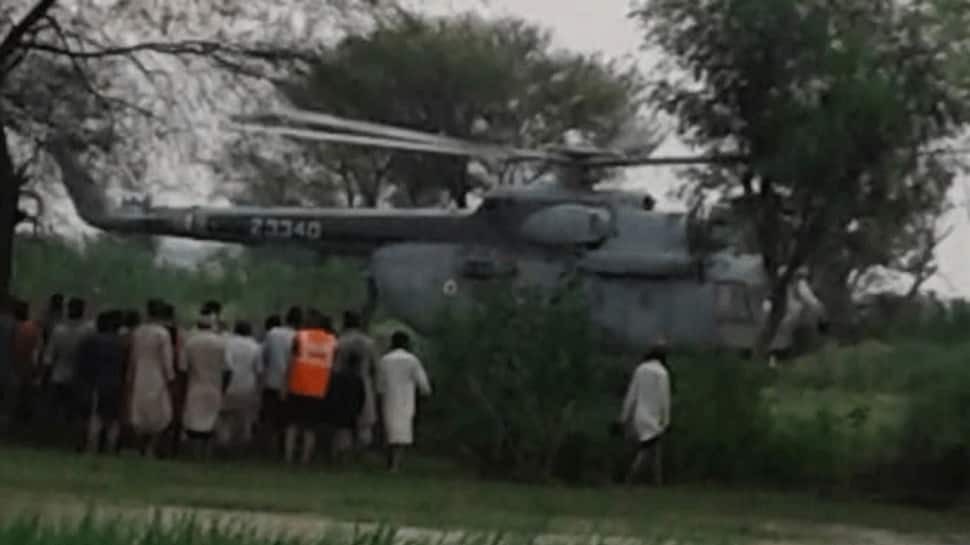 JAMMU: Security forces Thursday acted swiftly to save 34 stranded people from drowning in different water bodies in Jammu region where major rivers and streams are in spate due to incessant rains over the past three days.

Seven people from Dhaloti in Kathua district, 8 people from Gursai area of Poonch district, four at Khanetar-Salotri area, also in Poonch, and 15 mini-bus passengers were stranded in Jammu district were those who were rescued by security forces.

An Indian Air Force (IAF) helicopter rescued at least 7 people, almost 34 hours after they got stranded between two streams of Ujh river in Kathua district, Jammu-based Army PRO Lt Col Devender Anand said told PTI. Following receipt of a message that the seven civilians were trapped, he said an Indian Air Force helicopter of MI-17 Helicopter unit at Jammu was immediately pressed into service to rescue them.

Two Garud Special Forces commandos then lowered onto the island and reached the stranded people and guided them to reach the helicopter. He said the seven — including three women and as many children — were taken to the nearest landing ground at a village next to the banks of Ujh river.

“The IAF responded swiftly and rescued the individual before the water level could rise to dangerous levels during the night. The mission was closely coordinated by Chief of Operations at Jammu Air Base group Captain Sandeep Singh,” the spokesperson said.

All major rivers and streams are in spate across Jammu region following incessant rains.

Unlock 5.0: Cinema halls to educational institutes, what relaxations to expect...

Bullet train likely to be operated in phased manner, may run...