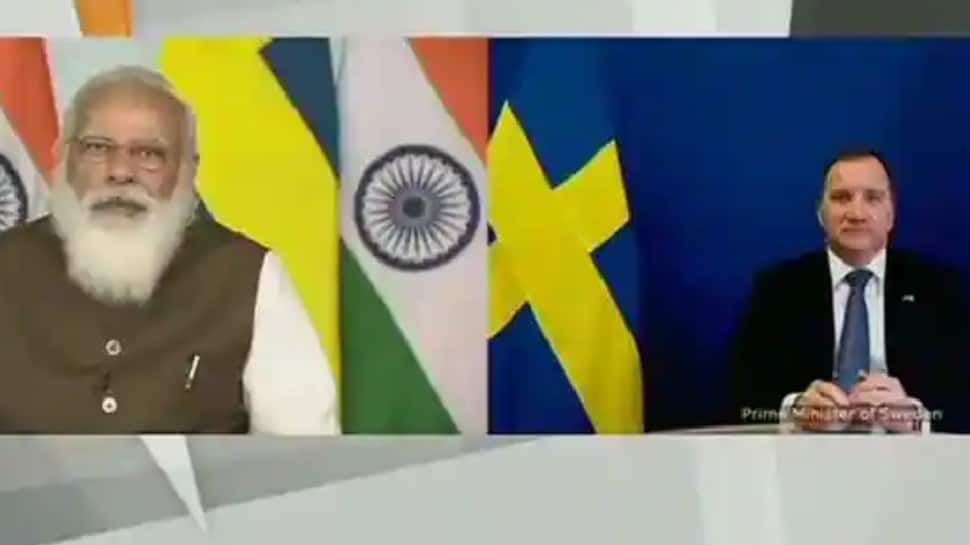 Stefan Löfven said, “from our bilateral cooperation to multilateral regional affairs, India and the European union are democratic superpowers. As we join forces, to build back more inclusive societies, it is more important than ever to reaffirm our shared values and mutual commitment to democracy, rule of law, gender equality, human rights and fundamental rights”

The comments come even as European Union is keen to strengthen ties with the Indian government amidst an aggressive China. Interestingly the statement comes at a time when a Washington-based NGO Freedom house downgraded India as ‘partly free’, pointing out that civil rights are being eroded in the country.

During the one house long virtual summit, both leaders discussed a number of issues, from Myanmar to terrorism to Sweden’s decision to join the International Solar Alliance and reviving NSA level talks between the 2 countries.

MEA’s Secretary west Vikas Swarup in response to a question from WION said, “both leaders expressed concerns over recent developments in Myanmar. PM Modi mentioned that as a country that shares land and maritime border with Myanmar, we have the highest stake in peace and stability in that country”.

Adding, “as a democracy ourselves, we have remained invested in supporting the democratic transition of Myanmar for it to emerge as a democratic federal union and recent developments are of deep concern to India”.

One of the key outcomes of the summit was the creation of a Sweden-India Health Hub at AIIMS-Jodhpur. New Delhi noted defense as long-standing areas of cooperation between the 2 countries, with Indian leadership being aware of Swedish interest on Gripen fighter jets being manufactured in India.

US President-elect Joe Biden will wait for recommendation on sharing secrets...