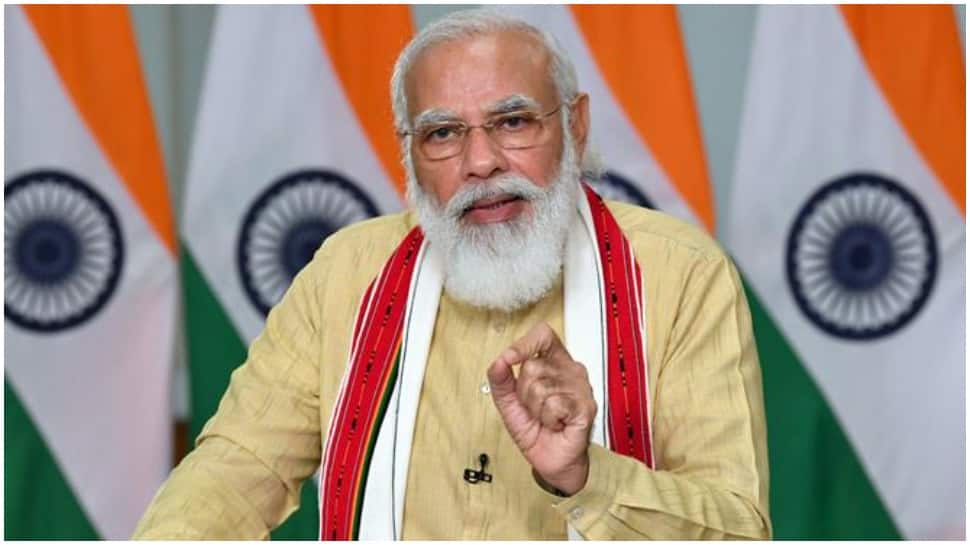 Cuttack: Prime Minister Narendra Modi on Wednesday (November 11, 2020) said that India is moving from tax-terrorism to tax-transparency which is a change due to the approach of reform, perform and transform.

“The country is moving from tax terrorism to tax transparency. This change has come due to the approach of reform, perform and transform, said PM Modi during the inauguration of the Office-cum-Residential Complex of Cuttack Bench of Income Tax Appellate Tribunal.

He stated that the rules and procedures are being reformed with the help of technology and said, “We are performing with clear intentions and at the same time transforming the mindset of the tax administration.”

Speaking on the occasion, the Prime Minister also said that this bench would now provide modern facilities not only to Odisha but to millions of taxpayers of Eastern and North-Eastern India and help in disposing off all the pending cases in this region.

PM Modi said when the difficulties of the country’s wealth creator are reduced, they get protection, then their trust grows in the country’s systems. He added the result of this growing trust is that more and more partners are coming forward to join the tax system for the development of the country.

The Prime Minister remarked that along with the reduction of tax and simplicity in the process, the biggest reforms that have been done are related to the dignity of honest taxpayers, to protect them from trouble.

Prime Minister Modi said the thought process in the government is to trust the income tax return completely at first after being filed.

“As a result of this, 99.75 per cent of the returns filed in the country today are accepted without any objection. It is a big change in the country’s tax system,” said PM Modi.

“The long period of slavery had made the relationship between the taxpayer and the tax collector that of exploited and exploiters, said PM Modi and quoted Goswami Tulsidas ‘बरसत हरसत सब लखें, करसत लखे न कोय तुलसी प्रजा सुभाग से, भूप भानु सो होय’ (When clouds rain, the benefit is visible to all of us; but when clouds are formed, the sun absorbs the water but does not cause inconvenience to anyone).

Prime Minister Modi added that the government should not cause inconvenience when collecting tax from the common people; but when that money reaches the citizens, then people should feel its benefits in their lives. He said over the years, the government has moved ahead with this vision and today’s taxpayer is witnessing huge changes and transparency in the entire tax system.

He attributed zero tax on income up to Rs 5 lakh in the country as a huge benefit being given to the youth of lower middle-class today.

He added that the new option of income tax given in the budget this year has simplified the lives of the taxpayer. He said to speed up the pace of development and make India more investment-friendly a historic cut has been made in corporate tax and the tax rate for new domestic manufacturing companies has been set at 15 per cent for the country to become self-sufficient in manufacturing.

He said the Dividend Distribution Tax has also been scrapped to increase investment in India’s equity market and that the GST has also reduced the tax net and the tax rate in most goods and services has also come down.

He said ease of doing business has improved in the country as a result of reducing the burden of disputes by increasing the limit of appeal from Rs 3 lakh to Rs 50 lakh in ITAT and to Rs 2 crore in Supreme Court.

The Prime Minister expressed satisfaction that the IT Appellate Tribunal is also upgrading its Benches across the country for virtual hearing and said it is very important to upgrade the entire system in the era of technology and stressed that more and more use of technology especially in the judiciary has started giving new convenience to the citizens of the country.

It will secure world economy: Denmark backs India on diversification of...