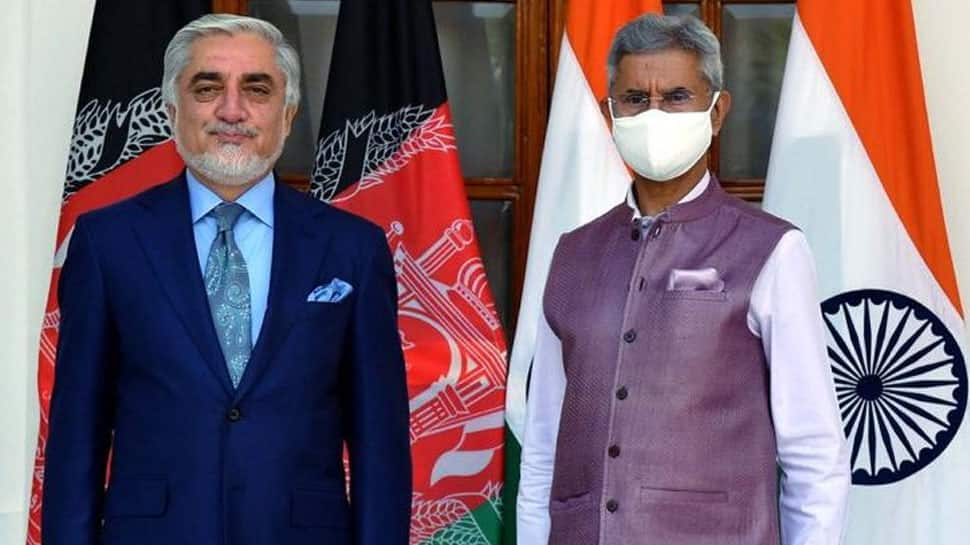 “Pleased to meet Chairman HCNR @DrabdullahCE. A good discussion on our bilateral cooperation and regional issues. Welcomed his insights and perspectives on recent developments. As a neighbour, India remains committed to peace, prosperity and stability in Afghanistan,” Jaishankar tweeted.

Pleased to meet Chairman HCNR @DrabdullahCE. A good discussion on our bilateral cooperation and regional issues. Welcomed his insights and perspectives on recent developments. As a neighbour, India remains committed to peace, prosperity and stability in Afghanistan. pic.twitter.com/9wDKxulvmE

In a meeting on October 8 (Thursday), Prime Minister Narendra Modi conveyed to Abdullah, the chairman of the High Council for National Reconciliation, that India will always support people of Afghanistan in their quest for peace and meeting their developmental aspirations.

Abdullah arrived in Delhi on October 6 (Tuesday) on a five-day visit as part of his efforts to build a regional consensus and support for the Afghan peace process. The visit of the influential Afghan leader to India comes in the midst of peace talks between the Afghan government and the Taliban in Doha.

The Taliban and the Afghan government are holding direct talks to end 19 years of war that has killed tens of thousands of people and ravaged various parts of the country. India has been a major stakeholder in peace and stability of Afghanistan. It has already invested USD two billion in aid and reconstruction activities in the country.

India has been supporting a national peace and reconciliation process which is Afghan-led, Afghan-owned and Afghan-controlled. On September 12, an Indian delegation attended the inaugural ceremony of the intra-Afghan negotiations in Doha while S Jaishankar joined it through video conference.

India has been keenly following the evolving political situation after the US signed a peace deal with the Taliban in February. The deal provided for the withdrawal of American troops from Afghanistan, effectively drawing curtains to Washington’s 18-year war in the country. The US has lost over 2,400 soldiers in Afghanistan since late 2001.

India has also been maintaining that care should be taken to ensure that any such process does not lead to any “ungoverned spaces” where terrorists and their proxies can relocate. India has been calling upon all sections of the political spectrum in Afghanistan to work together to meet the aspirations of all people in that country including those from the minority community for a prosperous and safe future.

New testing system could become the IoT of photovoltaics

Intake of THIS beverage during pregnancy is linked to smaller babies...

Saral Pension Yojana to start from April 1: Check the plans...