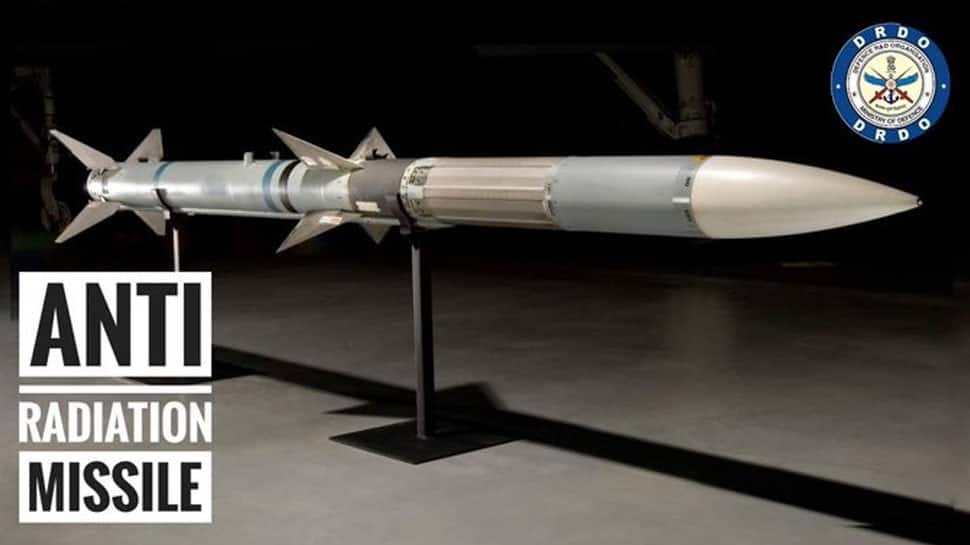 Rudram was successfully flight tested onto a radiation target located on Wheeler Island off the coast of Odisha at 10.30 am. The missile was launched from SU-30 Mk1 fighter aircraft. It has been developed by the Defence Research and Development Organisation (DRDO).

The missile is integrated on SU-30 Mk1 fighter aircraft as the launch platform, having the capability of varying ranges based on launch conditions. It has INS-GPS navigation with Passive Homing Head for the final attack. The RUDRAM hit the radiation target with pin-point accuracy.

The Passive Homing Head can detect, classify and engage targets over a wide band of frequencies as programmed. The missile is a potent weapon for IAF for Suppression of Enemy Air Defence effectively from large stand-off ranges.

With this, the country has established indigenous capability to develop long-range air-launched anti-radiation missiles for neutralising enemy Radars, communication sites and other RF emitting targets.

In May 2019, the Indian Air successfully test-fired the aerial version of the BrahMos missile from a Su-30 MKI fighter aircraft. The BrahMos missile provides the IAF with a much-desired capability to strike from large stand-off ranges on any target at sea or on land with pinpoint accuracy by day or night and in all weather conditions.

The IAF is also integrating the Brahmos supersonic cruise missile on over 40 Sukhoi fighter jets which is aimed at bolstering overall combat capability of the force.

Kartik Aaryan works out at midnight because he is busy doing...

Shehla Rashid calls her father ‘parasite’ after he exposes her ‘anti-national...