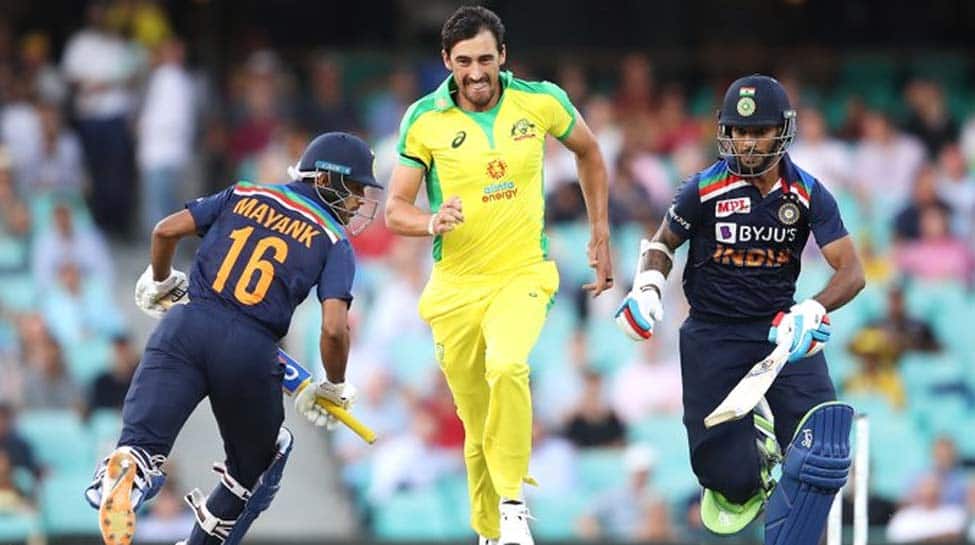 Virat Kohli-led India will battle it out with Aaron Finch’s Australia in the second Twenty20 International of the three-match series at the Sydney Cricket Ground (SCG) on Sunday (December 6).

The Men in Blue is leading 1-0 in the ongoing series after they clinched a narrow 11-run triumph over Australia in the opening T20I at the Manuka Oval, courtesy a three-wicket haul each from concussion substitute Yuzvendra Chahal and debutant T Natarajan.

KL Rahul and Ravindra Jadeja smashed crucial knocks of 51 and 44 runs, respectively to help India post a decent total of 161/7 after being asked to bat first.

In reply, Chahal–who was called up as Jadeja’s concussion substitute after the all-rounder got a blow on his helmet while batting in the last over off a Mitchell Starc delivery– went on to produce a match-winning performance as he bagged three crucial wickets of Aaron Finch (35), Steve Smith (12) and Mathew Wade (7) while conceding just 25 runs.

While India will now be keen to capitalise on their first match win and take an unassailable 2-0 win, Australia will look to bounce back in order to stay alive in the series.

Talking about the pitch at SCG, the wicket is expected to benefit the batsmen just like it did during the ODI series. The track should remain batting friendly throughout the match with both sides will be looking to chase.

India have added Shardul Thakur in their squad as a replacement for Ravindra Jadeja, who has been ruled out of the remainder of the series due to concussion.

Australia, on the other hand, have included Nathan Lyon in place of Cameroon Green, who has been released from the national squad for Australia A’s three-day game against an Indian side.

The second T20I of the three-match series between India and Australia will begin from 1.40 p.m onwards at SCG.The toss for the match will take place at 1.10 p.m. Just like the opening T20I, the second match will also allow limited specatators into the stadium.

The series between the two sides is being telecast on Sony Network in India, while the live streaming of the event will be available on SonyLiv.

IND vs ENG: ‘Focus on present series and not at World...

Researchers analyze studies of interventions to prevent violence against children

Indeed a very special day that I will remember always, says...