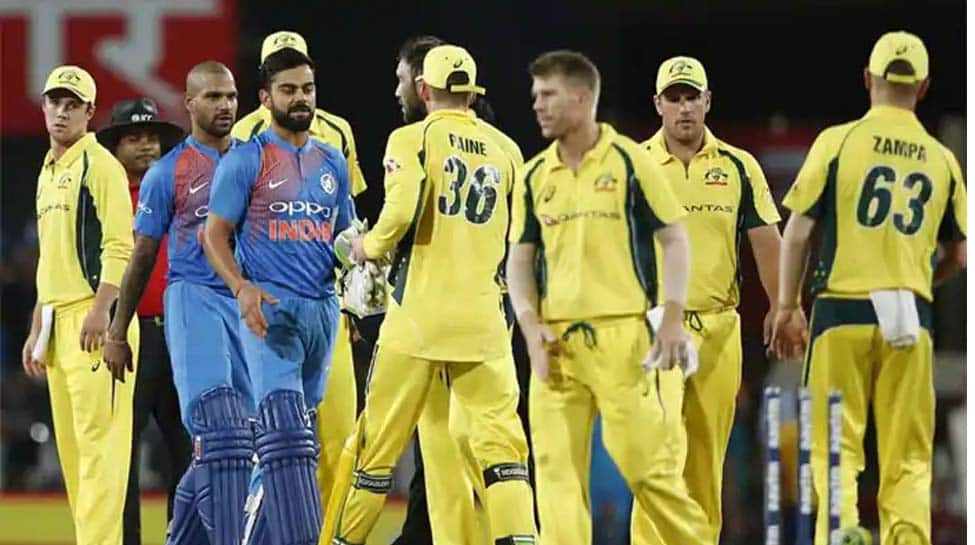 After staying away from action for nearly about nine months due to coronavirus pandemic, the Indian men’s cricket team will resume international cricket with a number of limited-over fixtures and a Test series against Australia beginning later this month.

The Virat Kohli-led side was last seen in action during the three-match One-Day Internationals (ODI) series against South Africa at home.The first match between the two sides was abandoned without a ball being bowled before the Board of Control for Cricket in India (BCCI) decided to call off the series due to COVID-19 crises.

Australia, on the other hand, will head into the series against India on the back of 1-2 loss in the three-match T20I series and 2-1 win in as many ODIs against England in September.

India and Australia are slated to play three-match T20I series and as many ODIs, beginning November 27 at the Sydney Cricket Ground (SCG). The two sides will then head into the Border-Gavaskar Trophy featuring four Tests, starting December 17 at the Adelaide Oval.

Under Virat Kohli’s captaincy, India became the first Asian side to defeat Australia in a Test series Down Under in 2018-19.

Meanwhile, the Men in Blue clinched a 2-1 victory over Australia in the previous three-match ODI series between the two sides in January this year.

Australia, on the other hand, will be eager to come up with a better performance than last time around and keen to clinch the series against the Kohli-led side at their own den. The hosts will be boosting with confidence because of the return of their former skipper Steve Smith and former vice-captain David Warner who both missed the last series due to the one-year suspension imposed on them for their involvement in ball-tampering scandal in South Africa in March 2018.

Here is everything you need to know about India’s tour to Australia 2020:

December 2: India vs Australia 3rd ODI at Manuka Oval in Canberra,9:10 AM IST

The series between the two sides will be telecast on Sony Network in India, while the live streaming of the event will be available on SonyLiv.

India is a strategic partner of Afghanistan, says Abdullah Abdullah |...

This small town in Alaska will not see the sun before...

IPL 2020: Is Chris Gayle hinting at retirement with this cryptic...