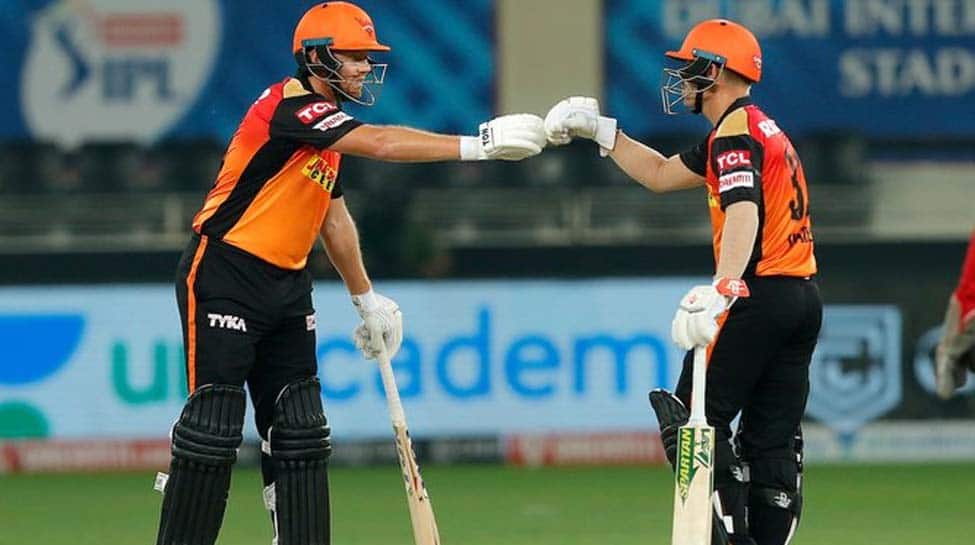 Openers David Warner and Jonny Bairstow showcased decent performances with the bat before the Sunrisers Hyderabad bowlers came to the fore to help their franchise beat Kings XI Punjab by 69 runs in Match 22 of the 13th season of the Indian Premier League (IPL) at the Dubai International Stadium on Thursday.

The Warner-led side won the toss and opted to bat first.

Bairstow and Warner provided a perfect start to Hyderabad as the duo not only smashed a fifty each, but also stitched a mammoth partnership of 160 runs for the first wicket.

Kings XI Punjab’s Ravi Bishnoi finally gave the much-needed breakthrough to his side by removing both the SRH openers in the 16th over. While Warner departed for 40-ball 52 runs, Bairstow fell three runs short of a century and dismissed for 55-ball 97 runs.

After the duo’s departure, the SRH failed to stitch partnerships and finished with 201 for six in their stipulated 20 overs.

In reply, Rashid Khan finished with brilliant figures of three for 12, while Khaleel Ahmed and T Natarajan bagged two wickets each to help Sunrisers Hyderabad bundle out Kings XI Punjab for 132 runs in 16.5 overs.

Besides them, Abhishek Sharma also claimed figures of one for 15.

Nicholas Pooran was the top scorer fo the KL Rahul-led side with quick-fire 37-ball 77.

Bairstow was declared ‘Man of the Match’ for his blistering knock, which was decorated with seven boundaries and six maximums.

The Sunrisers have climbed up to the third spot in the IPL standings with three wins from six matches, while the KL Rahul-led team continue to stand at the bottom of the table with just one victory so far.

Don’t want to disclose your Aadhaar number? No problem, here’s how...

Where will the seabirds go?

Bigg Boss 14 challenger Rahul Mahajan on his wedding to Natalya...