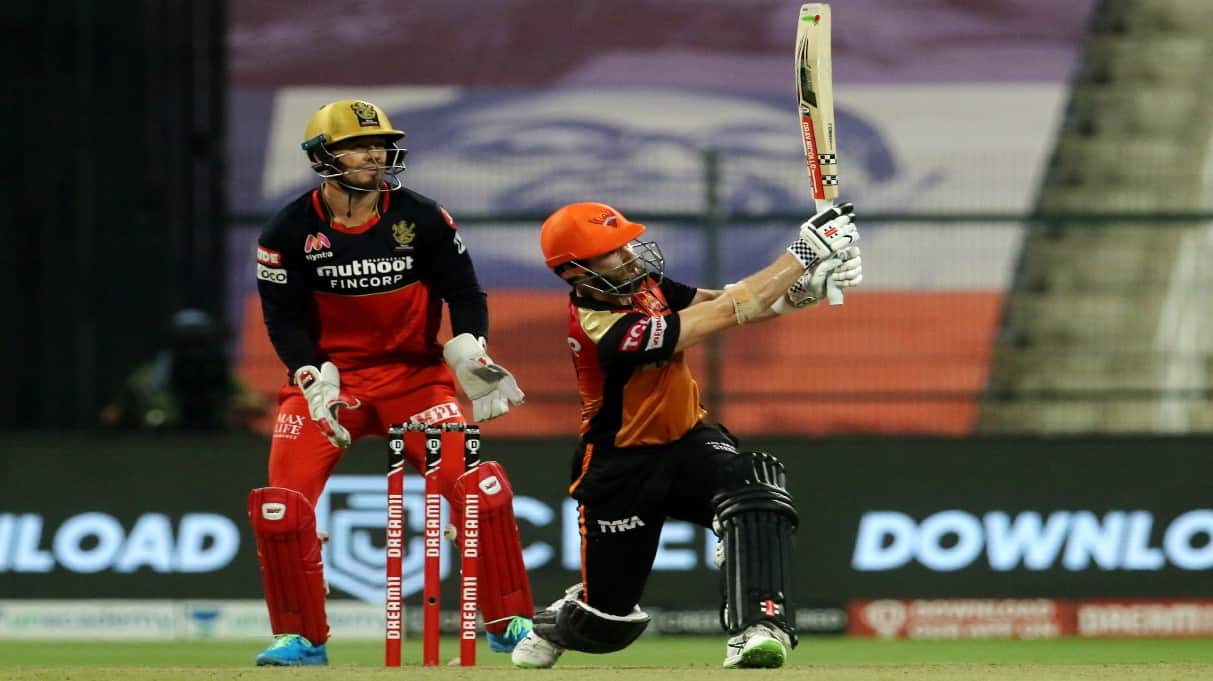 SunRisers Hyderabad will have a shot to enter the IPL 2020 final after they defeated Royal Challengers Bangalore in in the Playoffs Eliminator by 6-wickets on Friday (November 6).

SRH’s impressive run with the ball continued as they restricted a strong RCB batting lineup to just 131/7 from their allotted 20 overs. In reply, Kiwi skipper Kane Williamson played a match-winning knock of 50* (off 44 balls) to take their side home.

After SRH’s win where they sealed the berth into the Playoffs Qualifier 2, their elated skipper David Warner showered rich praise towards Williamson for such a gritty knock at a crucial juncture. The Aussie even gave him the nickname of ‘Banker’ for the New Zealander’s immense composure under pressure.

“Kane Williamson is our Banker. What a masterclass player he is. He manages to stick in there and play the pressure innings. That’s what he does and he’s been doing it for years for New Zealand.”

Kane Williamson’s #IPL2020 captain David Warner has a new nickname for him! pic.twitter.com/g1R4cti1xP

Williamson came into the middle with SRH’s score reading 43/2 in 6 overs. The RCB bowlers tightened the screws around the SRH batsmen in a high-pressure situation and they found it very difficult to score runs in the middle. While Williamson tied up one end, SRH lost two more wickets and the score boiled down to 67/4 from 12 overs.

The situation demanded Williamson’s cool composure in such a scenario and the 30-year-old rose to the occasion with a tremendous knock showcasing his nerves of steel. He took calculative risks and played along the ground only early on – countering the deadly RCB spin duo of Chahal and Sundar.

Jason Holder (24 off 20balls) joined forces with Williamson in the middle and the duo stitched a 65-run unbeaten stand – taking their side to a 6-wicket win on a topsy-turvy track at Abu Dhabi’s Sheikh Zayed Stadium.

Williamson once again justified his billing as one of the world’s finest batsmen and was given the ‘Man of the Match’ award. The Kiwi skipper is known for his level-headed approach to the game and has played countless knocks under pressure for his national side.

SunRisers will now take on Delhi Capitals in the Qualifier 2 of the IPL 2020 Playoffs on Sunday (November 8) – if SRH win, then they will seal their place in the IPL 2020 Final against Mumbai.

Viral alert! Is this Shah Rukh Khan’s look from ‘Pathan’ –...

IND vs ENG: 50 per cent crowd allowed for second Test...

No RTPCR test for asymptomatic passengers on arrival from South Africa,...

Instagram may come up with Audio Rooms feature and end-to-end encryption...