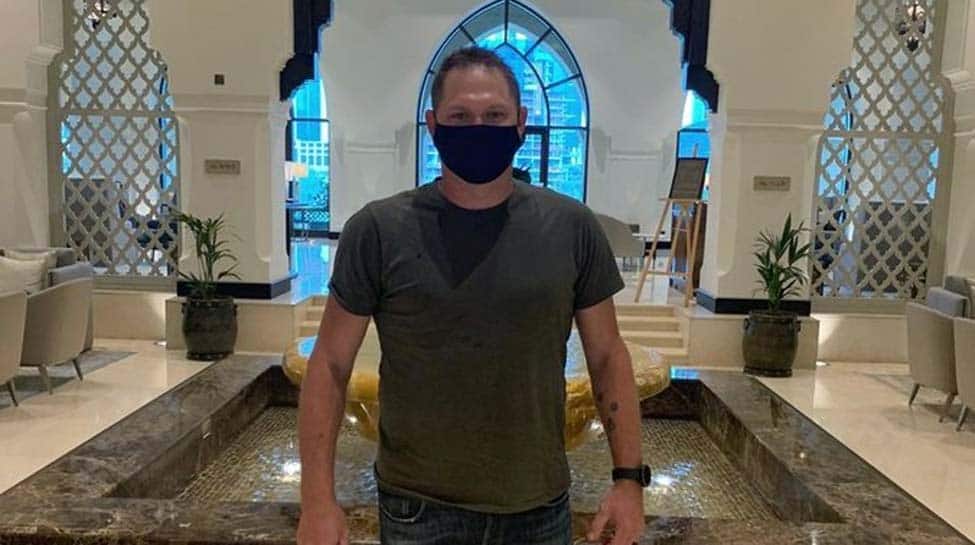 Delhi Capitals’ new bowling coach Ryan Harris has joined his team’s players in the United Arab Emirates (UAE) on Friday ahead of the upcoming 2020 edition of the Indian Premier League (IPL).

The Delhi-based franchise took to its official Twitter handle to confirm that the former Australian fast bowler has landed in Dubai.

Earlier this week, the franchise had announced that Harris has been appointed as their bowling coach ahead of the 13th edition of the lucrative T20 tournament.

Harris’ appointment came after James Hopes, who served as the side’s bowling coach in 2018 and 2019, revealed that he will be unable to travel to UAE due to personal reasons.

Notably, the Shreyas Iyer-led side one of the three teams–the other being Royal Challengers Bangalore (RCB) and Kings XI Punjab–who are yet to clinch the title at the lucrative T20 tournament.

The 2020 IPL, which was earlier due to take place from March 29 to May 24 but was postponed due to coronavirus pandemic, is now slated to take place in the United Arab Emirates (UAE) from September 19 to November 10.

COVID-19: UK approves use of AstraZeneca-Oxford vaccine, all eyes on India...