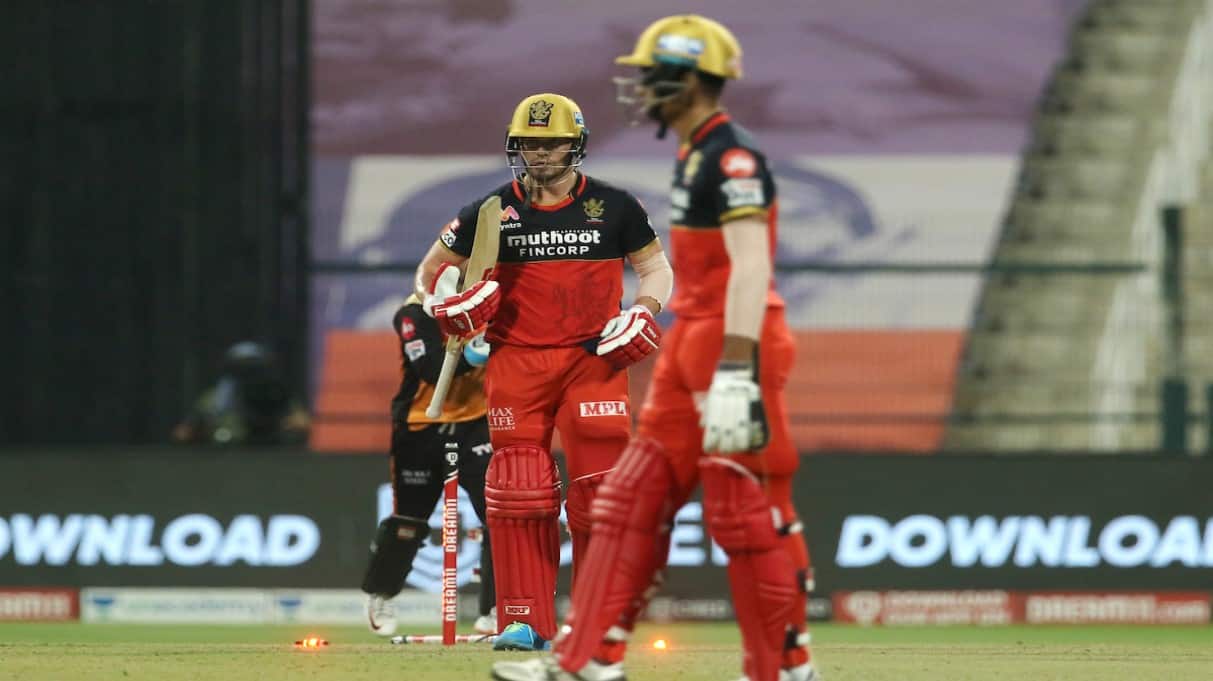 After Royal Challengers Bangalore’s ouster from IPL 2020 with a 6-wicket loss to SunRisers Hyderabad in the Playoffs Eliminator on Friday (November 6), their repeated failures to lay their hands on the coveted IPL trophy is rapidly becoming the butt of jokes.

With several social media users sharing hilarious memes at the expense of RCB fans, there was one Tweet which has stood out amongst the rest of them. England Women’s cricketer Kate Cross drew the applause of Twitter as she engaged in a fun banter with her international teammate Alexandra Hartley.

Kate Cross, used MS Dhoni’s famous “Definitely Not” quote in reply to Hartley’s despondent question that whether RCB will ever win the title. Hartley, who is an RCB fan, had expressed her disappointment at RCB’s ouster.

Dhoni’s now infamous ‘Definitely Not’ had come in reply to Danny Morrison’s question to the CSK skipper, if it was his last game of cricket (At the toss before CSK’s final league game against KXIP). The legendary Dhoni’s reply had gone viral – much to the delight of the millions of CSK fans who couldn’t handle their excitement of seeing their ‘Thala’ for at least another season.

In the Playoffs Eliminator, RCB managed to put just 131/7 on the board with only AB de Villiers scoring a respectable 56 (off 43 balls) against a determined SRH bowling attack.  In reply, RCB did well to take the game to the end but then Kane Williamson (50* off 44 balls) and Jason Holder stitched an unbeaten 65-run stand and took SRH to a 6-wicket win.

4Ever Professional Dog and Cat Nail Clipper and Trimmer(Green,Medium)

Yuzvendra Chahal concedes most runs by Indian spinner in an ODI...