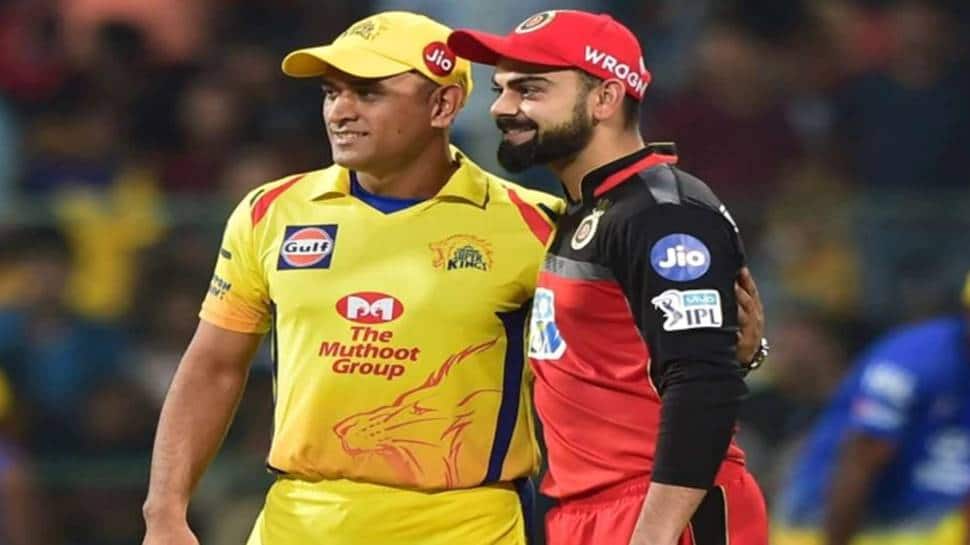 New Delhi: It is the most anticipated clash in the IPL, its MS Dhoni’s Chennai taking on Virat Kohli-led Bangalore at the Dubai International Cricket Stadium in the double-header on Saturday (October 10).

The stakes are high for both, while Royal Challengers Bangalore are fifth on the team table Chennai Super Kings are ranked just below at sixth. Chennai has lost four out of their six games and Bangalore have won three out of their five games.

Though in the previous 24 IPL games between CSK and RCB, Dhoni’s side holds a 15-8 advantage with one rained out game.

In their last five encounters, Chennai Super Kings has won four games and are looking to get back in the reckoning for the play-offs. The Royal Challengers Bangalore, on the otherhand, will be desperate to not slip-up this time.

Where and when will the IPL Royal Challengers Bangalore vs Chennai Super Kings match be played?

IPL 2020 clash between Royal Challengers Bangalore and Chennai Super Kings will be played on October 10 and it will be held at the Dubai International Cricket Stadium in Dubai.

All the IPL 2020 matches will be live on Star Sports Networks, in Star Sports English as well as Star Sports Hindi. Also, you can watch the live stream on Disney+ Hotstar.

How and where to watch IPL 2020 live streaming?

What will be the timing of the match?

This game will be played in the evening on October 10. The Royals Challenge Bangalore vs Chennai Super Kings game begins at 7:30 pm.

10-member WHO team arrives in China to probe origins of COVID-19...

Russia`s Daniil Medvedev has no concerns about US Open coronavirus precautions...