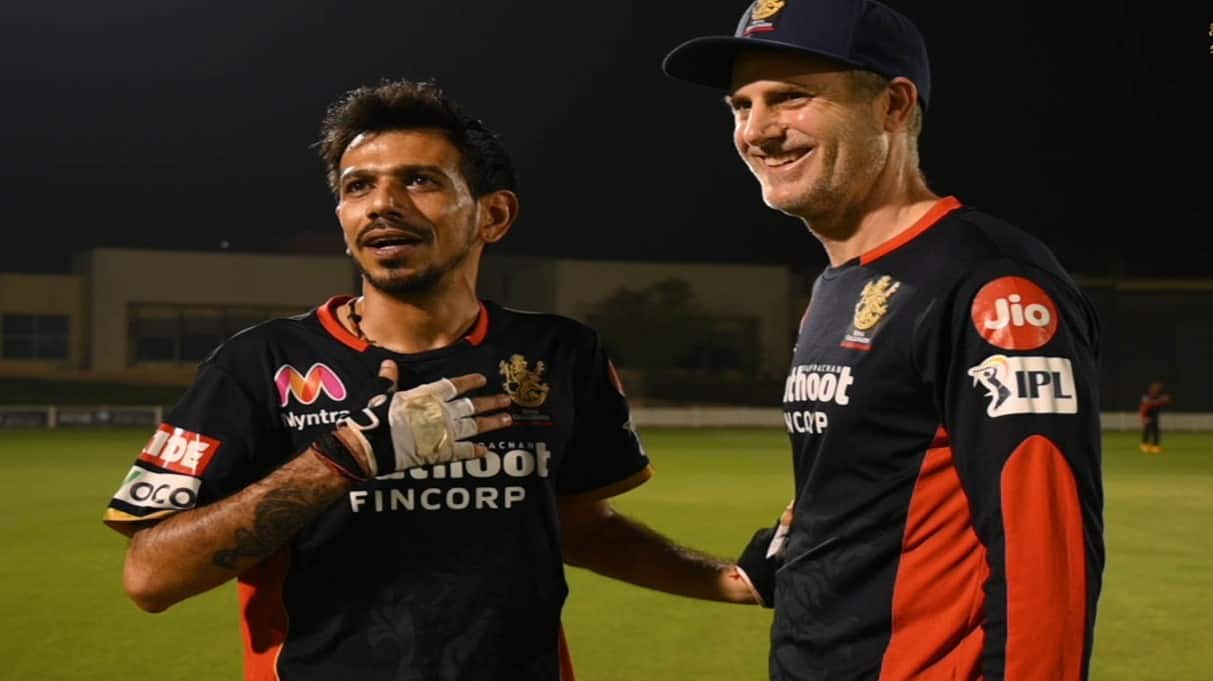 Following the culmination of their season with a 6-wicket loss to SunRisers in the IPL 2020 Playoffs Eliminator, Royal Challengers Bangalore coach Simon Katich has given his opinions about the side’s season.

Katich described the team management’s tactics at the last auction where according to him, they chose the players based upon the conditions and pitch of Bengaluru’s M. Chinnaswamy Stadium – RCB’s home ground.

While talking to the media, Katich said: “When at the auction last year, we were going to pick a squad, it was going to be well-suited to the Chinnaswamy Stadium, where we play seven games. We all know that it is a completely different batting surface than we see in the UAE. From that point of view  when we see the structure of the batting order particularly when it was based on trying to home ground advantage at Chinnaswamy.”

The former Australian opener, Katich, was happy with his side’s overall performance where they finished fourth after the league stage and qualified for the Playoffs. He acknowledged his side’s strong opening performances but lamented the performance in the middle overs.

“Different conditions here, probably at times, it didn’t suit some of our players. We did get strong opening partnerships, we did get there, in terms of the numbers across the competition. In terms of getting that kicking in the middle phase we didn’t probably have that as much, and that put pressure on middle order as well.”

RCB, after starting their tournament in emphatic fashion, lost their form in the end. They lost their last four league games and the poor run continued with their fifth defeat on the trot. In their Playoffs eliminator against RCB, their dismal show with the bat at a crucial juncture wreaked havoc on their plans.

They managed to put just 131/7 on the board with only AB de Villiers scoring a respectable 56 (off 43 balls) against a red-hot SRH bowling attack. In reply, RCB did well to take the game to the death but then Kane Williamson (50* off 44 balls) and Jason Holder stitched an unbeaten 65-run stand and took SRH to a 6-wicket win.

Pakistani workers banned from entering UAE, know why Indians are being...

IPL 2020: Irfan Pathan’s piece of advice for Anushka Sharma after...