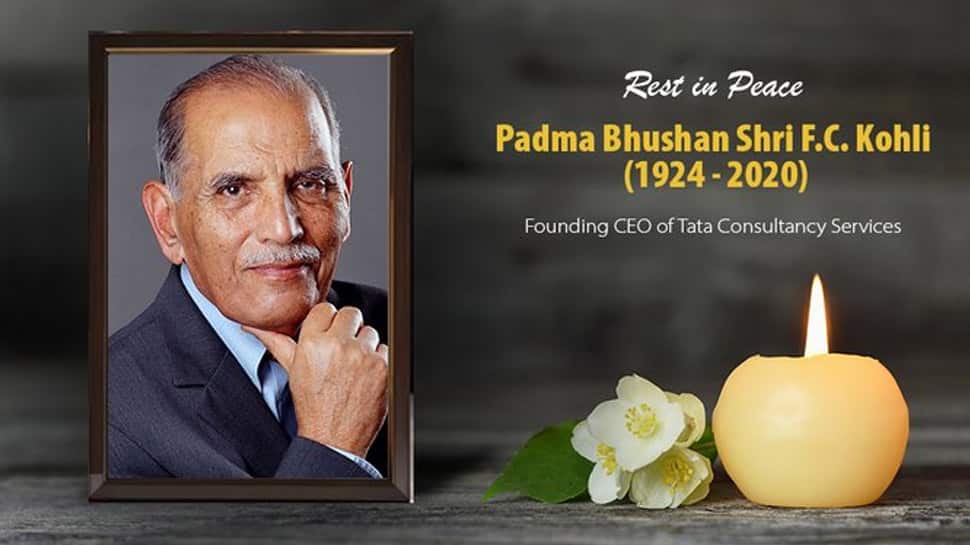 Mumbai: Faqir Chand C Kohli, considered as the father of Indian IT industry, has passed away on Thursday. Kohli, the founding chief executive of sector leader TCS, was 96.

In a statement, TCS said it mourns the death of Kohli, who died this afternoon, and added that it was JRD Tata’s insistence that had got the young Kohli to join the Tata Group in 1969.

“He pivoted first into management consultancy, and then over the next two decades, into software development, helping the organization navigate multiple technology waves over two and a half decades by continually investing in people and staying relevant to customers,” TCS said, adding Kohli stepped down as CEO of the business in 1996.

Condolence messages started pouring in from all across, with IT sector body Nasscom terming him as a “visionary leader” who foresaw an opportunity in technology for India and built TCS.

“He was a true legend, who laid the very foundations for India’s spectacular IT revolution and set the stage for the dynamic modern economy we enjoy today,” Tata Sons chairman and former chief executive of TCS N Chandrasekaran said.

Wipro’s founder chairman Azim Premji called Kohli as the “true pioneer” of Indian IT and added that the rest followed his footsteps. “His contribution to the IT industry and thus to India is immeasurable,” he said in a statement.