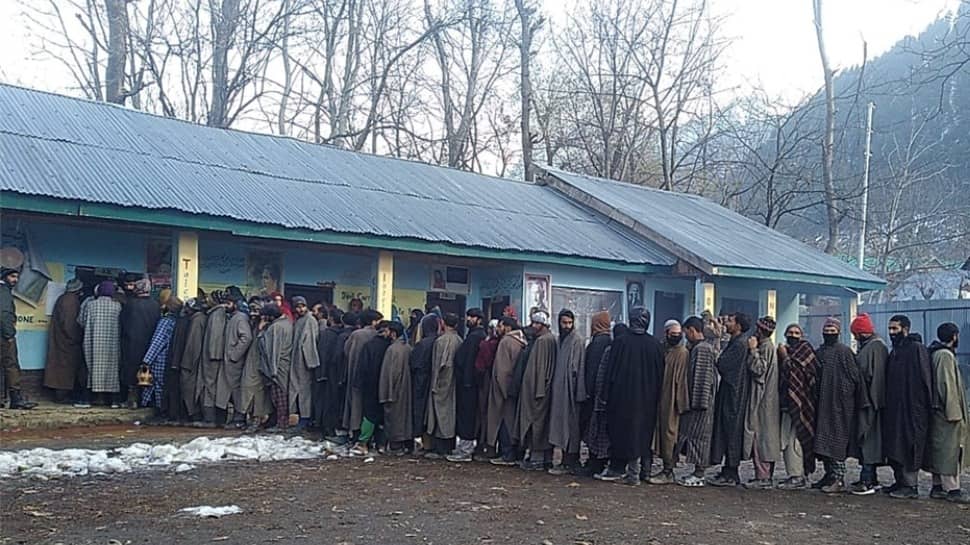 Srinagar: The Jammu and Kashmir District Development Council (DDC) elections witnessed 48.62 per cent polling in phase 2 on Tuesday (December 1, 2020), according to the state election commissioner.

Poonch recorded the highest turnout of 75 per cent, whereas, Pulwama cast 8.67 per cent votes.

Bandipora district reportedly recorded the highest turnout in Kashmir at 69.66 per cent which was the third-highest in the union territory.

Over 1.45 lakh people including 62,117 women voters turned up to cast their votes in the valley.

Earlier on November 28, the voting percentage in phase 1 in Jammu division was recorded at 64.2% and in Kashmir division, it was 40.65%.

The DDC elections in Jammu and Kashmir, are the first major political activity to be held since the abrogation of Article 370 and bifurcation of the state into two union territories — Jammu and Ladakh in August 2019.

(With inputs from agencies)

Christopher Nolan on why Dimple Kapadia was important for ‘Tenet’ |...

Gangotri temple portals to be closed from this date due to...

Petrol, diesel to become cheaper by Rs 5 per litre in...

Priyanka Gandhi slams UP government for rising crimes against women |...