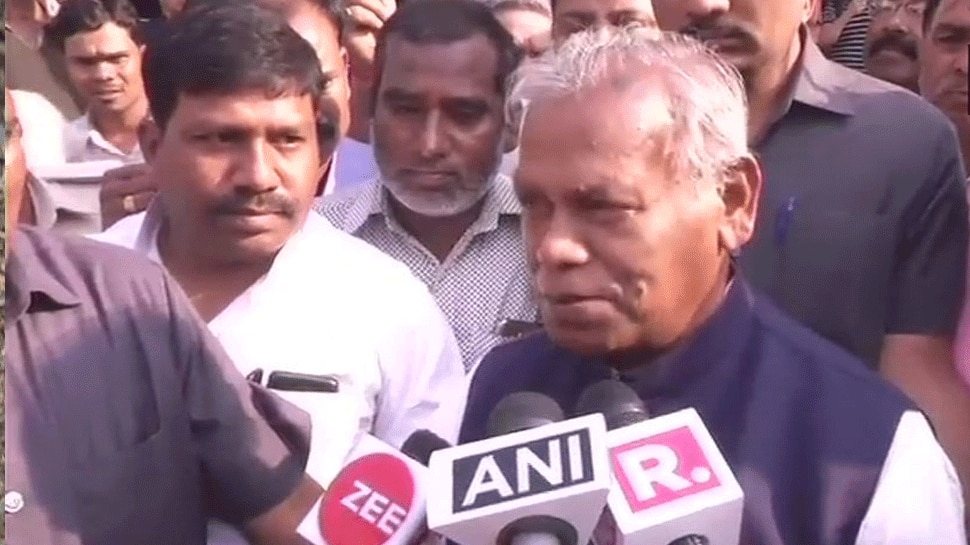 Manjhi-led Hindustani Awam Morcha (Secular) had quit the ‘Mahagathbandhan’ or Grand Alliance on August 20. Since then, there was speculation that he might merge his party with Nitish Kumar’s Janata Dal-United JD(U).

Sources further said Manjhi also explored the possibility of putting up a ‘third front’. He has also met leaders of other political parties like Pappu Yadav of Jan Adhikaar Party (JAP) and Mukesh Sahani-led Vikassheel Insan Party (VIP) but the talks failed.

A party insider believes that HAM will bag 9 to 12 seats as an NDA alliance partner out of 243 seats in Bihar Assembly polls.

On the other hand, top leaders of BJP and (JDU) are eyeing Dalit vote bank through Manjhi in Bihar as they believe that he could be an asset to them, sources added.

Among them, 15 per cent voters belong to Dalit and Mahadalit community, 17 per cent Muslims, 50 per cent OBC, 19 per cent upper castes (General), and 2 per cent Adiwasi.

Besides Manjhi, Ram Vilas Paswan and other leaders also represent Dalit and Mahadalit communities in Bihar.

Diagnosing the cause of exercise-induced respiratory symptoms

Major blow to Pakistan as it remains on terror-financing watchdog FATF’s...

Bullet train likely to be operated in phased manner, may run...