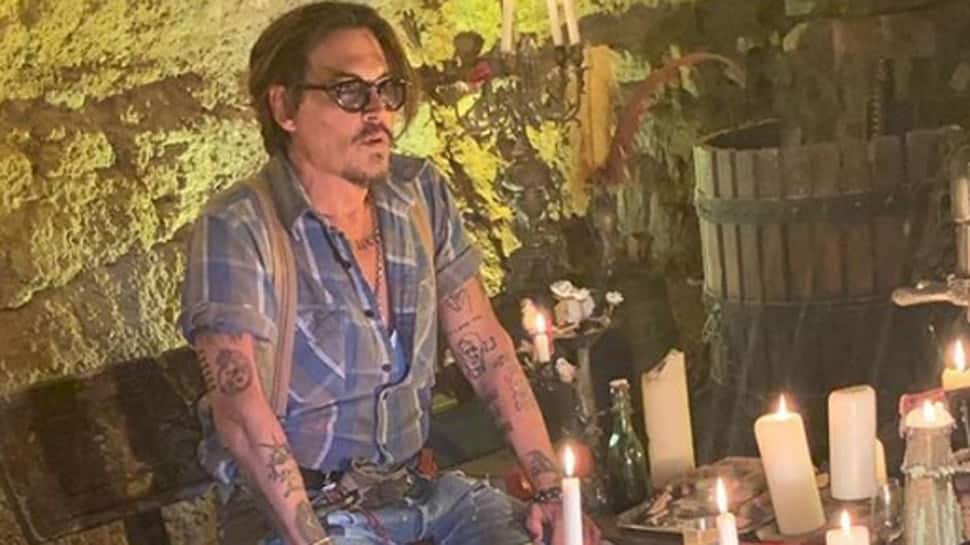 Los Angeles: Ever since Hollywood star Johnny Depp revealed that he has been forced to exit the Fantastic Beasts franchise, fans have united to seek justice for the actor and started trending #JusticeForJohnnyDepp on Twitter.

The actor announced on Instagram that he will no longer portray the dark wizard Gellert Grindelwald in the popular film franchise.

“I wish to let you know that I have been asked to resign by Warner Bros. from my role as Grindelwald in ‘Fantastic Beasts’ and I have respected and agreed to that request,” he said in the note posted on his Instagram account.

“The surreal judgment of the court in the UK will not change my fight to tell the truth and I confirm that I plan to appeal. My resolve remains strong and I intend to prove that the allegations against me are false. My life and career will not be defined by this moment in time,” he added.

Depp’s exit from the “Harry Potter” spinoff series comes days after he lost his case against The Sun that published an article in 2018 alleging he was a “wife beater”.

The actor also thanked his fans for supporting him throughout and wrote: “I’d like to thank everybody who has gifted me with their support and loyalty. I have been humbled and moved by your many messages of love and concern, particularly over the last few days”.

The studio also confirmed Depp’s departure and announced his role will be recast before the third installment releases in the theatres.

Soon after the announcement, fans started trending #JusticeForJohnnyDepp on Twitter.

“Repeat after me, Johnny Depp is grindelwald. #JusticeForJohnnyDepp,” wrote one user.

“The absolute most terrifying part of what’s happening to Johnny Depp is the message it sends to male abuse victims. They had a chance to provide a platform for and encourage them to come forward, and instead they made an example of him in the worst way,” shared another user.

One user wrote: “Warner Bros forced Johnny Depp to leave his role in Fantastic Beasts. Amber Heard is still in Aquaman despite petition with 500,000+ signatures”, while one said: “Theres loads of evidence to prove JD is innocent and AH is the abuser. I will not be supporting these movies!.”

“Johnny Depp didn’t lose warner bros, warner bros lose johnny depp. Amber was such an abuser. Now that she is still the face of loreal and ambassador for ACLU and UN, but Johnny has to end up his career!! We want Johnny back,” shared a user.

“No Johnny Depp no Fantastic Beasts. #JusticeForJohnnyDepp,” shared another user.

Inter-Parliamentary Union election: Candidates from 4 nations in fray; India to...

Unlock 5.0: Places of worship likely to reopen in Maharashtra from...