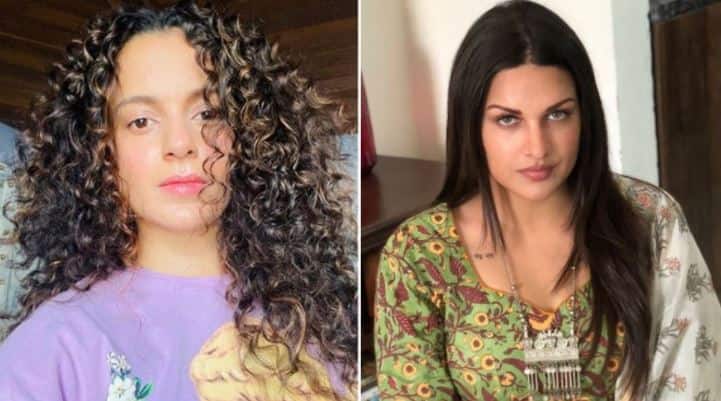 New Delhi: Actress Kangana Ranaut has blocked ex-‘Bigg Boss’ contestant Himanshi Khurana on Twitter. The development comes after Himanshi lashed out at Kangana for her views on the ongoing farmers’ protest in Delhi and neighbouring areas.

Taking to her Instagram stories, the Punjabi actress-singer shared a screenshot of the message she received about being blocked by Kangana on Twitter, and wrote, “Wohhh. Krta block.” The message read, “@KanganaTeam blocked you.”

Apart from Himanshi, Kangana’s recent tweets on the farmers’ protest were also criticised by a few more stars from the Punjabi film industry, including Ammy Virk and Sargun Mehta.

Meanwhile, a Punjab-based lawyer has also sent a legal notice to her for allegedly misidentifying an old woman at the farmers’ protest as Bilkis Bano, famously known as the Shaheen Bagh dadi.

Advocate Harkam Singh, in the legal notice dated November 30, suggested Kangana should have authenticated information before posting it on social media and demanded an apology over her tweets, which now stand deleted.

“I sent a legal notice for a tweet misidentifying Mohinder Kaur as Bilkis Bano with an insinuation that she (Kaur) was available as a hired protestor for Rs 100. The notice gives Ranaut seven days to issue an apology failing which a defamation case will be pursued,” Harkam Singh told ANI on Wednesday.

The legal notice said that Kangana Ranaut, in her tweet, claimed that Bilkis Bano was present at the protest and was “available in Rs 100”. “It is to inform you that the said lady is not a fake lady. Her name is Mahinder Kaur and she belongs to Bathinda. She is the wife of farmer Labh Singh Nambardar. She in her life, has always remained connected with fields and filed work and she is the wife of a farmer,” the notice said.

It said by using such remarks, Kangana has “not only lowered down the prestige and image of the lady but has also lowered down the image and prestige of each lady as well as of each person who takes part in protests for a noble cause and for fighting for their rights.”

Notably, Kangana Ranaut had deleted her tweet after she was slammed for the same on social media.