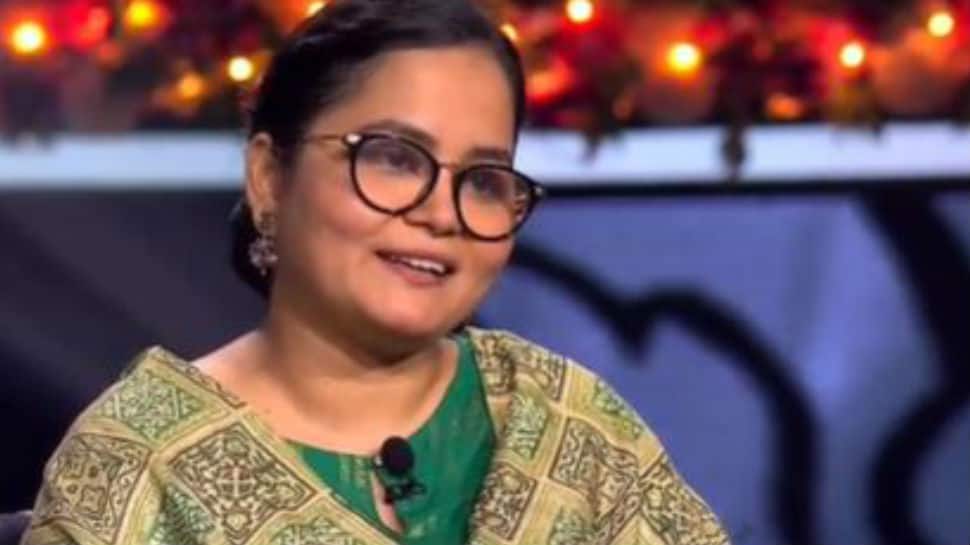 New Delhi: On Wednesday, Amitabh Bachchan’s ‘Kaun Banega Crorepati 12’ got its first crorepati in Nazia Nasim, a Delhi resident. Nazia is a communication professional, who hails from Ranchi. She played the gameshow extremely well and her focus and determination won over everybody, including Big B.

Nazia Nasim started her game on Tuesday and continued the following day as a roll-over contestant. Till the Rs 25 lakh question, she had lost just one lifeline.

Now, without wasting much time, let’s take you through the questions she aced during the episode. But, first the 1 crore and Rs 7 crore questions:

Who is the first woman and also former astronaut to reach the deepest point of the oceans, Mariana Trench?

Nazia, however, chose to flip the question and used her last lifeline as she was not sure about it.

Which of these actresses once won a National Film Award for Best Female Playblack singer?

Later, in the last question – worth Rs 7 crore – she decided to quit the show.

The question she was asked was: Where in Singapore did Netaji Subhas Chandra Bose make the first proclamation of a Azad Hind government?

Meanwhile, these are the other questions Nazia Nasim was asked:

Q) Which of the following dynasties did the Kanva dynasty overthrow to come to power around 73 BCE in Magadha?

Q) The trophy which is awarded to the winners of the women’s singles at the Australian Open is named after which legendary tennis star?

Q) Who became the first Chancellor of the Aligarh Muslim University in 1920?

Medicine-carriers made from human cells can cure lung infections

Radical Sikhs for Justice to protest against farm laws at Indian...

Building resiliency in children as the COVID-19 pandemic continues through the...

Kisan ka darza…: Amid protests, here’s what Sonu Sood has to...