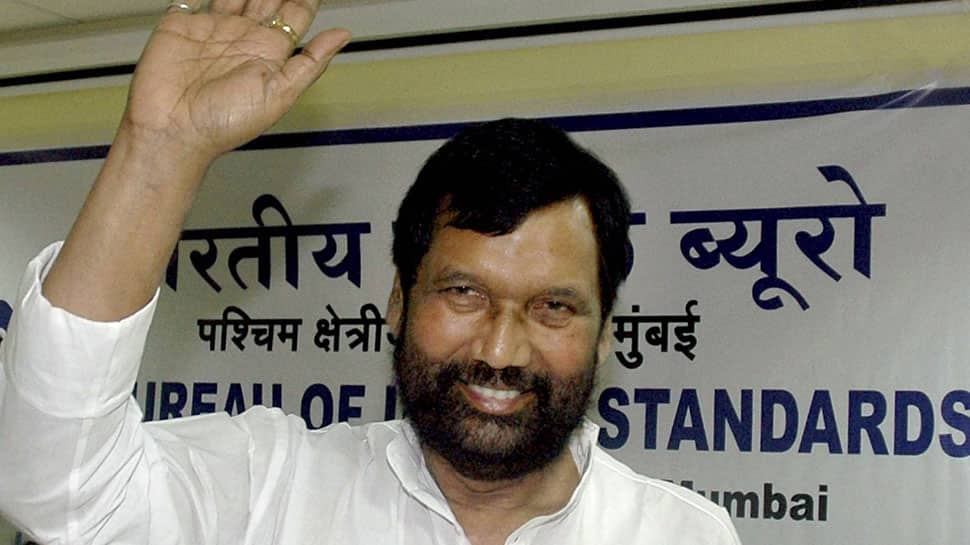 Union Minister for Consumer Affairs, Food and Public Distribution Ram Vilas Paswan passed away on Thursday evening at the age of 74, his family members said. He was admitted to a private hospital in the national capital for the last several days.

The news of his demise was announced by his son Chirag Paswan, who tweeted, “Papa… Now you are not in this world but I know you are always with me wherever you are. Miss you Papa …” He also shared an old photo of him and his father along with the tweet.

According to his close family members, Paswan breathed his last at around 8.20 p.m. at the Fortis Hospital. Paswan had recently undergone heart surgery, his son Chirag Paswan had said on October 4. He was operated upon at a private hospital in the national capital. He had long suffered from a heart condition.

Paswan was a minister in the Narendra Modi government, the UPA government as well as the Atal Bihari Vajpayee-led NDA government at the Centre. Ram Vilas Paswan was in active politics for more than five decades and was one of the country’s most noted Dalit leaders.

Earlier, in a tweet, Chirag Paswan had said his father underwent a heart surgery due to sudden developments, which forced him to cancel a party meeting and rush to his father’s side. He was the Minister for Consumer Affairs, Food and Public Distribution. He was admitted to the Fortis Escorts Hospital where he was undergoing treatment. He was suffering from kidney and heart ailments and was admitted on August 24. In 2017, he had undergone heart valve surgery.

Mourning his death several leaders, including President Ram Nath Kovind and Prime Minister Narendra Modi, across party lines paid their tribute. President Ram Nath Kovind said, “In the demise of Union Minister Ram Vilas Paswan, the nation has lost a visionary leader. He was among the most active and longest-serving members of parliament. He was the voice of the oppressed, and championed the cause of the marginalized.”

“A firebrand socialist in youth, mentored by the likes of Jayaprakash Narayan during anti-Emergency movement, Paswan ji had enviable rapport with masses and he ardently strove for their welfare. Condolences to his family and supporters,” he also tweeted.

Prime Minister Narendra Modi, “I am saddened beyond words. There is a void in our nation that will perhaps never be filled. Shri Ram Vilas Paswan Ji’s demise is a personal loss. I have lost a friend, valued colleague and someone who was extremely passionate to ensure every poor person leads a life of dignity.”

“Shri Ram Vilas Paswan Ji rose in politics through hard work and determination. As a young leader, he resisted tyranny and the assault on our democracy during the Emergency. He was an outstanding Parliamentarian and Minister, making lasting contributions in several policy areas,” he tweeted.

“Working together, shoulder to shoulder with Paswan Ji has been an incredible experience. His interventions during Cabinet Meetings were insightful. From political wisdom, statesmanship to governance issues, he was brilliant. Condolences to his family and supporters. Om Shanti,” he added.

Assam Health Minister Himanta Biswa Sarma tweeted, “End of an era! Sad at the passing away of senior leader, illustrious Parliamentarian and Union Cabinet Minister Shri Ram Vilas Paswan. His life & times are a lesson of how strong determination can take one to the zenith of one’s career. Condolences Chirag Paswan & family.”

Congress leader Sachin Pilot said, “I am extremely saddened to learn about the demise of political stalwart Shri Ram Vilas Paswan ji. His contribution towards the upliftment of the downtrodden will always be remembered. May his soul find eternal peace. My condolences to his family and followers. Om Shanti”

Telugu Desam Party (TDP) president N Chandrababu Naidu said, “Extremely saddened by the demise of senior leader Sri Ram Vilas Paswan Ji. He was a towering leader who leaves behind a rich political legacy which will remain unparalleled for a long time. The nation will truly miss him and his selfless service!

Minister of State for Home Affairs G Kishan Reddy said, “Passing away of Shri Ram Vilas Paswan ji, Union Minister for Consumer Affairs, Food & Public Distribution, is an irreparable loss to the Govt, People of Bihar & the country. His persona & conviction to serve our people will be deeply missed. Condolences to the family. Om Shanti”

Navratri and Durga Puja 2020: Take style inspo from these celebs...

Navratri and Durga Puja 2020: Take style inspo from these celebs...

Over 8 injured in bomb blast at government office in Nepal’s...