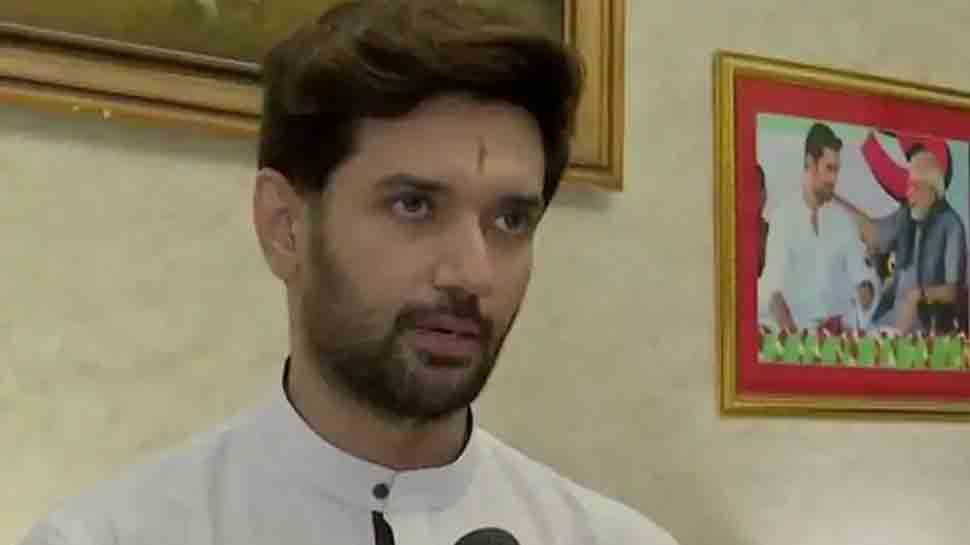 PATNA: LJP chief Chirag Paswan, who has been lately facing backlash from BJP for his criticism to Bihar Chief Minister Nitish Kumar, on Saturday (October 17) praised Prime Minister Narendra Modi and said his goal remains to establish a government with BJP in the state.

The LJP chief, who has been warned off by the BJP against using Prime Minister Narendra Modi’s photo for campaigning during Bihar assembly election 2020 stated that he does not need to carry his photos as the ‘Prime Minister stays in his heart.’ “The prime minister lives in my heart. I am like his Hanuman. If they (his critics) want, they can prise open my heart and see that. I don’t need to use the prime minister’s photograph,” Paswan said.

Paswan’s statement came on a day when he was excoriated by Union Minister Prakash Javadekar, who called the LJP leader a “vote Katua” (splitter of votes) and accused him of trying to create confusion by harping on his equations with senior leaders of the saffron party.

Paswan, who led his party out of the NDA in Bihar and is contesting alone, was recently warned by senior BJP leaders, including former Maharashtra chief minister Devendra Fadnavis and Bihar Deputy Chief Minister Sushil Kumar Modi, of legal action if his party were to use the prime minister’s photograph for election campaign.

“CM Nitish needs PM Modi’s photograph more, he needs to share the dais with the prime minister as he had consistently opposed him on the issue of Article 370, instant triple talaq, CAA and NRC. One thing I make clear today that I was, I am and will be with the BJP in future too. It’s my resolve to form a BJP-LJP government in Bihar after November 10, the day the election results are announced,” he said, with his father and LJP founder Ram Vilas Paswan’s photograph forming the background.

Yadav accused Paswan of practising “politics of lies”, saying he had been praising the Bihar government in February this year. “Chirag should not either live in illusion or nurse any illusion or spread illusion,” Yadav tweeted.

The 37-year-old leader and son of LJP founder Ram Vilas Paswan has constantly targeted Nitish Kumar-led JD(U) ahead of the polls.

LJP opted out of alliance with NDA in Bihar and announced to field its candidates on seats contested by Nitish Kumar’s JD(U).

Bihar Assembly polls would be held in three phases – October 28, November 3 and November 7, and vote counting will be on November 10.