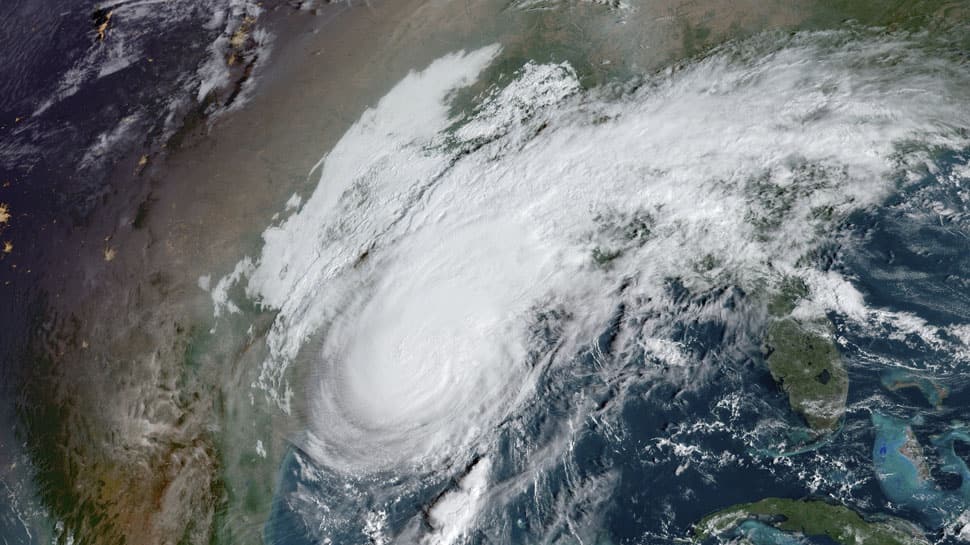 LAKE CHARLES: The streets in this southwest Louisiana city were deserted on Friday as residents fled ahead of Hurricane Delta, filling hotels or taking shelter away from the storm`s path. Delta`s winds weakened slightly to 110 miles per hour (175 kph) ahead of landfall on Friday evening in a corner of the state repeatedly battered by storms this year.

“In this community, there are a lot of homes that were damaged and so a lot of people are concerned about staying in that structure again,” Lake Charles Mayor Nic Hunter said in an interview. Hurricane Laura, which struck the state with 150 mph winds in late August, “is still very fresh and very raw and I think that had something to do with more people evacuating for Delta,” Hunter said.

Schools and government offices were closed and officials in a dozen parishes called for evacuations. Residents bordered windows, sandbagged doors and moved out of the storm`s path. “Let’s prepare for the worst and certainly pray for the best -and be good neighbours to one another,” Governor John Bel Edwards said. The state has opened shelters, called up 2,500 members of the state`s national guard, and pre-positioned supplies to prepare for the storm, he said.

Forecast models show Delta making landfall near Lake Charles as a Category 2 hurricane on the Saffir-Simpson scale, according to the National Weather Service. It could also unleash tornadoes as it moves over land and drops up to 10 inches (25 cm) of rain. Laura damaged tens of thousands of homes, leaving roofs throughout the region dotted with protective blue tarps, and left more than 6,000 people still living temporarily in hotels.

Floria Semien, 62, and her family took shelter in Baton Rouge after leaving their her home two days after its roof was repaired and electric power restored since Laura struck. “It`s heartbreak,” she said. “My family made it out OK so we just are going to put one foot in front of the other.”

Along a pasture east of Lake Charles, Addison Alford manned a mobile weather radar station brought in from Oklahoma on Thursday because the permanent station was damaged during Laura. He and a colleague plan to ride out the storm from inside a heavy vehicle equipped a radar dish. “We`re really trying to make sure the data streams stay up during the entire event,” he said.

Energy companies have shut 1.7 million barrels per day, or 92% of the Gulf`s oil output, as of midday Friday, the most since 2005 when Hurricane Katrina destroyed more than 100 offshore platforms and hobbled output for months. The U.S. Coast Guard closed ports from Beaumont, Texas, to Lake Charles ahead of the storm.

When Delta reaches the northern Gulf Coast, it will be the 10th named storm to make a U.S. landfall this year, eclipsing a record that has stood since 1916.

Melania Trump takes this decision amid rumours of divorce with US...

How the discovery of 2600-year-old mummies can revive Egypt’s tourism industry...