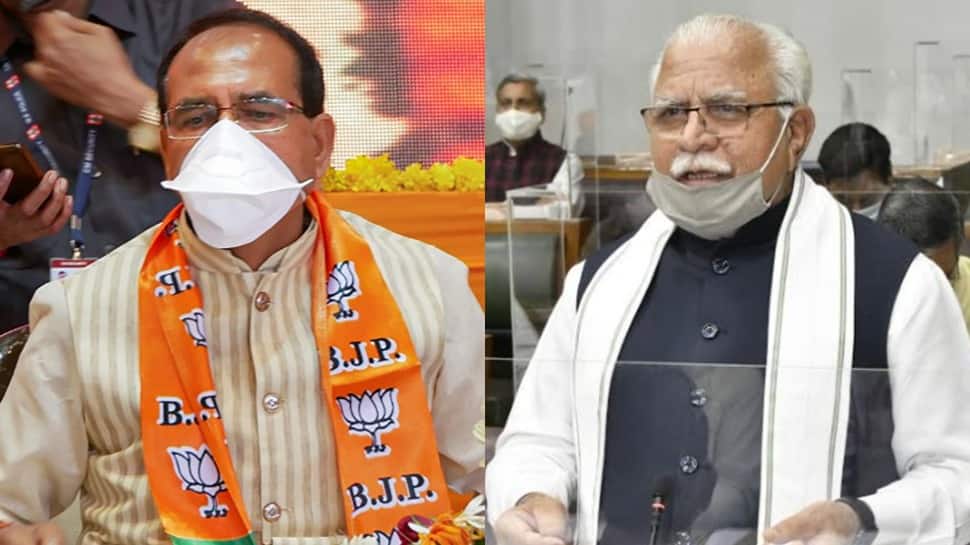 New Delhi: The state governments in Madhya Pradesh and Haryana are taking steps to check the rising incidents of ‘love jihad’. While the Shivraj Singh Chouhan-led government in MP is mulling over introducing the Dharma Swatantrya (Religious Freedom) Bill 2020 in the next session of the state Assembly, the Manohar Lal Khattar cabinet in Haryana is going to set up a committee to draft a ‘strict’ law against such cases.

Madhya Pradesh’s Home Minister Narottam Mishra said that his government is working on bringing the ‘Dharma Swatantrya Bill’ 2020 in the state assembly with a provision for a five-year rigorous imprisonment for luring a person through fraud and forcing marriage by religious conversion by making it a cognisable and non-bailable offence.

“Such incidents are on the rise, which you call ‘love jihad’,” said Mishra.

He added that the bill will also have a provision to declare such marriages null and void and that those assisting in such acts will be made co-accused.

“It will be compulsory for family members of the person who is forced to convert for marriage, including his/her parents, brothers and sisters, to file a complaint on the matter,” Mishra said.

“It will be mandatory for the person who is being converted for marriage, and religious persons involved, to inform district magistrate concerned a month in advance about their decision,” the minister stated.

Mishra informed that the bill will be tabled in the next session of the Legislative Assembly.

In Haryana, Home Minister Anil Vij said, “A strict law will be enacted against ‘love jihad’ in the state. A committee will be constituted to draft this law.”

Vij further informed that the officials of the home department, the advocate general, among others, will be part of this committee.

Earlier this month, Vij had told the Haryana assembly that the state government is considering a law against ‘love jihad‘ and has sought information from Himachal Pradesh, which had passed a bill on the issue.

“We are thinking to bring a law against ‘love jihad’ in Haryana,” Vij had said while replying to a calling attention notice drawing attention towards the Ballabhgarh Nikita Tomar murder case.

He had also stated, “Anyone can marry anyone, anyone can fall in love with anyone. But if there is a conspiracy of changing religion by trapping someone in love, then it is very important to stop that conspiracy. We will take whatever steps required for it.”

This is to be noted that in 2019, the Himachal Pradesh assembly had passed a bill against conversion by force, inducement or through marriages solemnised for the ‘sole purpose’ of adopting a new religion.

Besides the Bharatiya Janata Party-ruled Madhya Pradesh and Haryana, the other BJP-ruled states that are thinking to introduce laws against ‘love jihad’ are Uttar Pradesh and Karnataka.

Last month, welcoming the Allahabad High Court ruling that declared the conversion for the sole purpose of marriage as ‘null and void’, Uttar Pradesh Chief Minister Yogi Adityanath said that his government would deal with ‘love jihad’ with a firm hand.

“If the people do not stop playing with honours of daughters and sisters by concealing their identities, ‘the Ram Naam Satya’ journey will start,” the Chief Minister said in a stern warning to people.

“We will bring an effective law. It is my warning to those who play with the honour and dignity of sisters and daughters by hiding their real names and identities, if they do not mend their ways, the Ram Naam Satya journey will start,” CM Adityanath added.

Ice sheets on the move: how north and south poles connect

He was the biggest disappointment for RCB: Aakash Chopra slams this...

Pakistan’s ISI conspiring to use criminals to attack leaders associated with...