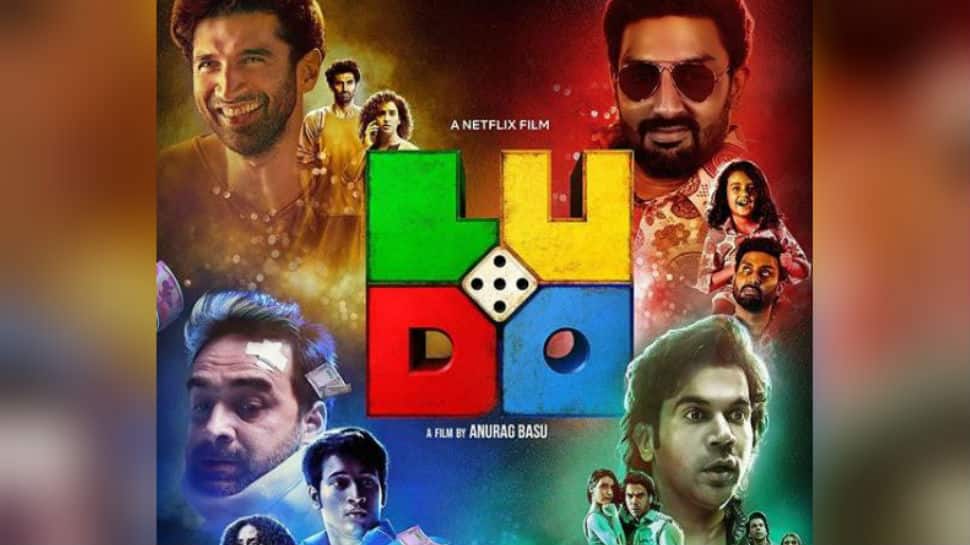 Mumbai: Filmmaker Anurag Basu says directing the upcoming multi-starrer, ‘Ludo’, was quite an adventure for him because he has never dealt with a story like this before.

“‘Ludo’ is unlike any film I’ve made before. It’s been an adventure. It was fantastic working with such a talented ensemble, where each actor brought a unique vision and craft. (Composer) Pritam, one of my closest collaborators who I have worked with on so many projects, worked closely with me to bring this film to life and I am so grateful to him. I’m excited that the film is getting a global audience with Netflix and hope that they enjoy this Diwali entertainer with their families,” said Basu.

The trailer of the film was launched on Monday virtually in the presence of the director and the cast. It stars Abhishek A Bachchan, Aditya Roy Kapur, Rajkummar Rao, Sanya Malhotra, Fatima Sana Shaikh, Rohit Saraf, Pearle Maaney, Pankaj Tripathi, and Inayat Verma, who were part of the event.

The film is an anthology dark comedy and is scheduled to launch on November 12.

Turning a coronavirus protein into a nanoparticle could be key for...

Aam Aadmi Party will contest UP Assembly elections in 2022: Arvind...

The ebb and flow of brain ventricles