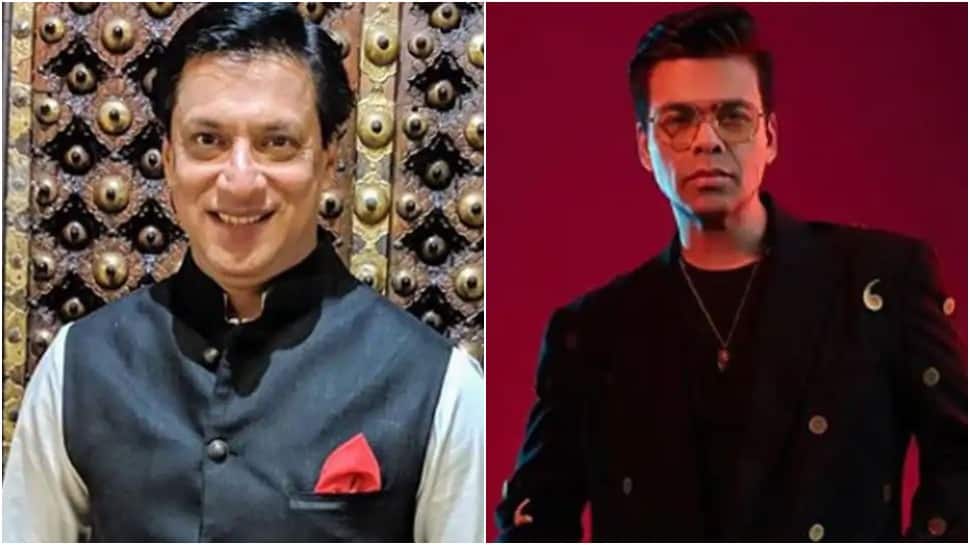 New Delhi: In an open letter, Karan Johar has apologised to Madhur Bhandarkar over the latter’s accusations of tweaking the title of his upcoming Netflix show ‘The Fabulous Lives of Bollywood Wives’. However, Karan had added that his show’s title is “new and different.

Last week, Madhur Bhandarkar had urged Karan and his colleague Apoorva Mehta to change his title of ‘The Fabulous Lives of Bollywood Wives’ as it is similar to his work-in-progress project ‘Bollywood Wives’, which he announced in 2016.

“Dear @karanjohar U & @apoorvamehta18 had asked me 4 the title #BollywoodWives for web, which I refused, as my project is underway. It is morally & ethically wrong to tweak it to #TheFabulousLivesofBollywoodWives. Pls do not dent my project. I humbly request u to change the title,” the ‘Fashion’ director tweeted.

Later, Madhur Bhandarkar also shared a letter from The Film and Television Producers Guild, which claimed that the film body had declined Karan Johar’s request to use the title ‘Bollywood Wives’.

Notices send to @DharmaMovies since 19th Nov, 2 from (IMPPA) ,1 (IFTDA)& 2 Notices of (FWICE )all r Official Bodies of the Film Industry, on misusing & tweaking of my Film Title #BollywoodWives…there is NO official response yet to any of the above Associations from Dharma. https://t.co/QBZyMWxXDG pic.twitter.com/zEfndEoATZ

Now, in his response, Karan has said, “Dear Madhur, our relationship goes back a long way and we have both been a part of this close-knit industry for many, many years. Through all these years. I have been an ardent admirer of your work and I have always wished the best for you.”

“I know you have been upset with us. I humbly apologise for any grievance that has been caused to you during the course of the last few weeks. However, I would want to clarify that we have chosen this new and different title ‘The Fabulous Lives of Bollywood Wives’ keeping in mind the non-fiction format of our reality-based franchise series. As our title was distinct, I did not foresee it upsetting you as it has and for that I duly apologise.”

“I want to inform you that we have been promoting our series with the hashtag “Fabulous Lives” on all social media platforms, which is the franchise title we intend to go ahead with.”

“We assure you that the format, nature, audience and the title of our series are different and would not in any manner dent or encumber the exploitation of your work.”

“I hope we can move away and onward from this and continue to make exceptionally good content for our audiences. I wish you the very best for all your endeavours and look forward to watching your work. Best – Karan Johar.”

Minutes later, Madhur Bhandarkar shared his response and said that he accepts Karan’s apology but “expected some courtesy from him”.

The show streams on Netflix from November 27.

Earn an Additional Income with Binomo – An Honest Trading App...