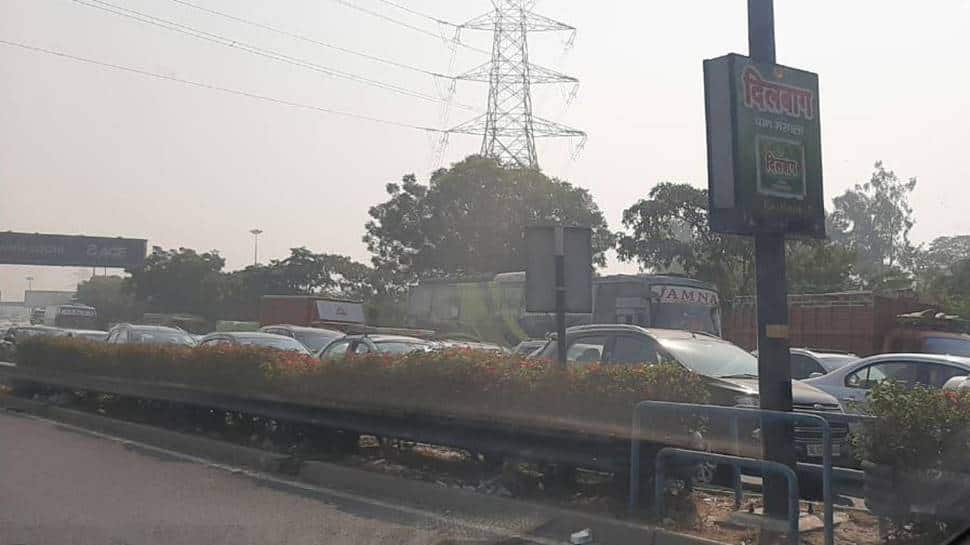 New Delhi: As the farmers continue to hold protests against the Centre’s three farm laws, several major roads leading to and out of the national capital has been closed.

There is heavy police deployment and barricading on the roads to stop the farmers protest from spilling into Delhi’s streets which has made it difficult for commuters to travel within the National Capital Region.

The road from Noida leading to Delhi on DND has been barricaded which has created a massive traffic snarl. There is no traffic hold up on the road coming from Delhi towards Noida.

On Wednesday, the Delhi Traffic Police took to Twitter to issue alerts saying Tikri border, Jharoda Border, Jhatikra Border are closed for any traffic movement. Badusarai Border is open only for two-wheeler traffic, it said in another tweet.

In an earlier alert, Delhi Traffic Police said that the Chilla border on Noida link road is closed for traffic due to farmers’ protests near Gautam Budh Dwar.

While, the road from Noida leading to Delhi on DND has been barricaded which has created a massive traffic snarl. There is no traffic hold up on the road coming from Delhi towards Noida. It is advised to use NH 24 for Noida.

Meanwhile, the Centre met with the farmers association leaders on Tuesday and sought their objections as well as suggestions in writing for the next round of meetings on Thursday.

After the meeting on Tuesday, the government assured the leaders of the farmers groups that it is always committed to protecting the interest of farmers and is always open for discussions for farmers` welfare.

However, the farmers declared that they will continue their protest and the agitation will be strengthened day by day until the government agrees to their demand. Farmer leaders, however, said the meeting was peaceful but the government was not ready to repeal its three farm laws, and proposed to form a committee to study and clarify law-related misconceptions to resolve the ongoing deadlock.

Why was former French President Nicolas Sarkozy sentenced to jail? |...

DNA Exclusive: Privacy of data in digital world is just an...