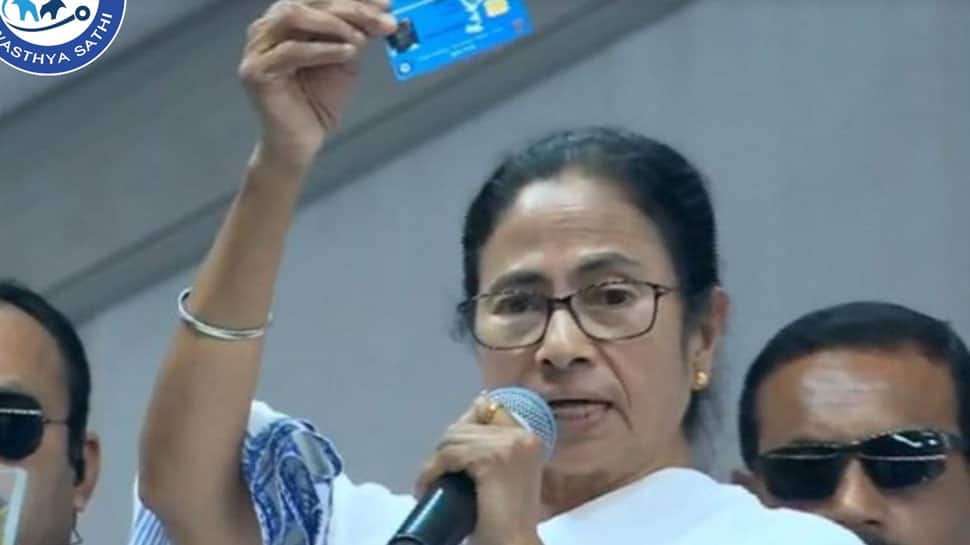 KOLKATA: West Bengal Chief Minister Mamata Banerjee on Thursday (November 26, 2020) announced the ‘Swasthya Sathi’ health scheme for all across the state and flayed the Centre for its anti-people, anti-farmer policies.

Making the announcement, which came months ahead of the 2021 state assembly election, the West Bengal Chief Minister said that the “Swasthya Sathi health scheme of the government will cover the entire population of the state.’’

“The decision will be applicable from December 1, 2020, and all people in the state, irrespective of their religious affiliation, caste and creed or profession will be covered under the scheme,” she added.

“Earlier, we had decided to enrol at least 7.5 crore people under ‘Swasthya Sathi’. I am announcing today that every family in West Bengal, every person, be it a child or an old man or woman, irrespective of their religious affinity will be covered under this scheme,” Banerjee told newsmen.

“Every family will be provided with one smart card to avail the benefits of the scheme,” she added. The scheme, officially launched by Mamata Banerjee in December 2016, is a basic health cover for secondary and tertiary care up to Rs five lakh per annum per family.

“Our ‘Swasthya Sathi’ health scheme is well known in the world just like our Kanyashree Scheme. We have managed to reach out to 7.5 crore families through the Swasthya Sathi Scheme. Under the same scheme, we have decided to come up with cards. These cards are more like those smart cards. These cards will be issued for women. The head of the family or the guardian who is a woman will have a card issued in her name. She can get Rs.5 lakh benefit for any health-related issue,’’ she said.

“This will empower women. They know how to run the family and manage finances hence this card will be issued for them,” she added.

“I’m further announcing each and every family in the state which are not covered under any other health scheme of the state will be brought under the Swasthya Scheme. Young, elderly, male, female, kids, Hindu, Muslim, Adivasi, Santhal, living in city or village will be covered under this scheme. This will come into effect by December 1. Once enrolled, they will be issued this smart card. The smart card will contain all details of the family members,” Banerjee said.

I have never seen a government where the Union Home Minister is trying to hold municipal elections. Look what is the state of economy and employment has risen manifolds. Always remember there are some people who talk less, work more.”.

Giving a piece of advice to the ruling BJP at the Centre, she said, “You (BJP) talk of corruption, first look at Rajasthan, Uttar Pradesh, Madhya Pradesh & Uttarakhand. We have contested two Lok Sabha polls, two Assembly polls, two panchayat polls. We have had hardly 5 years to work. I can challenge no other govt can do what we have done.”

Karisma Kapoor and Anil Kapoor give a shoutout to Coolie No....

US could soon take Sudan off state sponsors of terrorism list,...

Explained: Why are Punjab, Haryana farmers protesting in Delhi and what...