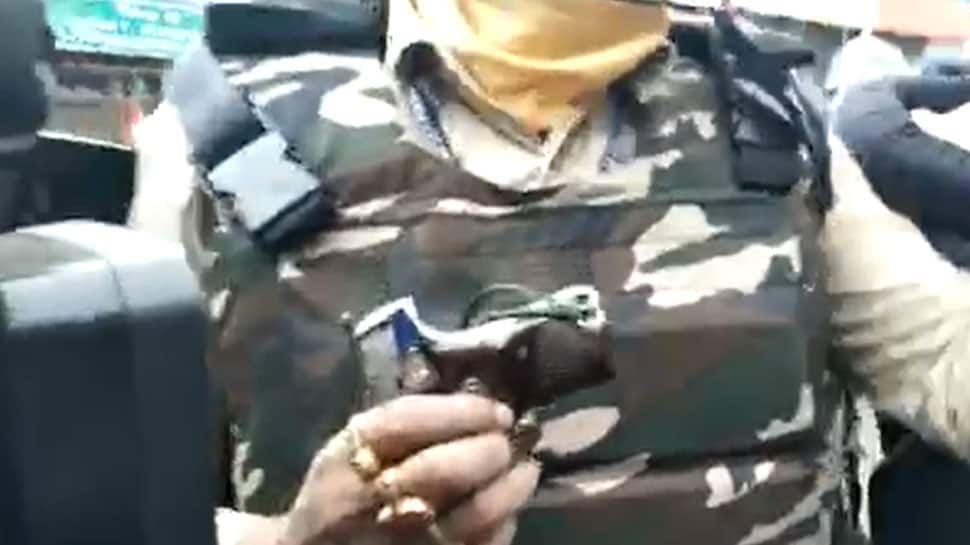 Kolkata: A day after the Howrah City Police arrested a man with a firearm from Howrah Maidan in the Bharatiya Janata Party (BJP) rally, a controversy erupted on Friday over videos allegedly showing cops pulling off the turban of the person. The videos have been going viral on different social media platforms.

On Friday, a massive furore erupted in social media platforms like Twitter and Facebook over the video. Top officers of Howrah City Police claimed that there was no intention to pull off his turban and amidst him being nabbed with the firearm in the BJP rally the turban came off.

On Thursday, a person identified as Balwinder Singh was arrested by Howrah City Police amidst BJP Nabanna Abhiyaan, a march to the state secretariat. According to officials of Howrah City Police, Singh is a resident of Bhatinda.

“The 9mm firearm he was carrying was a licenced firearm for his own protection. The licence was issued to him by Rajouri district, Jammu and Kashmir. But the licence mentions he cannot use the firearm outside Rajouri district. Hence it was illegal for him to carry it to a political rally. He has been arrested for further investigation,” said a senior official of Howrah City Police.

Sources in Howrah City Police say that he was about to open fire when cops nabbed him.

‘I promise you I can beat Khabib Nurmagomedov’: Michael Chandler challenges...

Brett Lee turns 44: Wishes pour in for the former Australian...

One dead, another injured in explosion at Durgapur Projects Limited |...

UP Board Exam 2021: Date sheet for papers to be announced...

Jammu and Kashmir DDC election: 48.62 per cent polling recorded in...