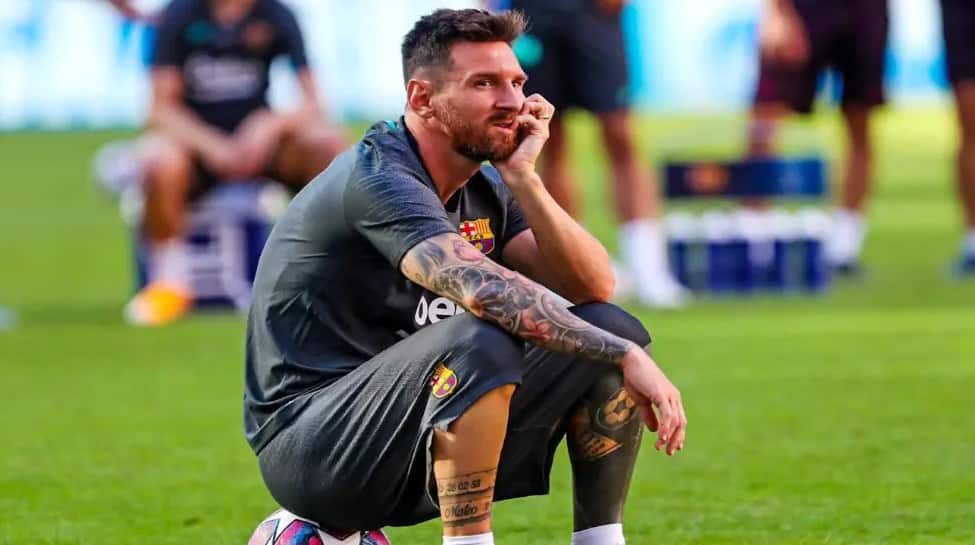 The speculations regarding Barcelona star striker Lionel Messi’s probable move to Manchester City shows no sign of ending as the the Pep Guardiola’s side are reportedly now willing to offer 100 million euros and three players to rope in the Argentinian.

According to a report in SPORT, Manchester City are ready to offer midfielder Bernardo Silva, defender Eric Garcia and forward Gabriel Jesus besides signing fee in order to grab Messi.

In fact, all these three players have also been linked to a move to Barcelona in the past, with Garcia reportedly also made an offer earlier this month.

The report further say that Barcelona, however, are not much intrested in bringing in Jesus as he has not finished exploding in the English team.

The Guardiola-led side needs to find a way to make an offer to rope in Messi with “financially crippling the club” and a deal that does not breach any further Financial Fai Play (FFP) restrictions.

Earlier, Argentine striker Messi had reportedly told Barcelona that he was willing to leave the club as soon as possible and on a free transfer. In fact, it has been learnt that the Barcelona star has also sent a fax to the Spanish club informing them about his decision to leave.

According to Messi’s camp, there is a clause in the striker’s deal which allows him to leave Barca on a free transfer. However, Barcelona insist that Messi is still bound by a €700m (£629m) buy-out clause.

Meanwhile, Messi’s fellow Argentines are excited by growing reports of the striker’s reunion with coach Pep Guardiola at Manchester City.

Notably, some of Messi’s career highlights in Barcelona came under the guidance of Guardiola, who is now the manager of Manchester City.