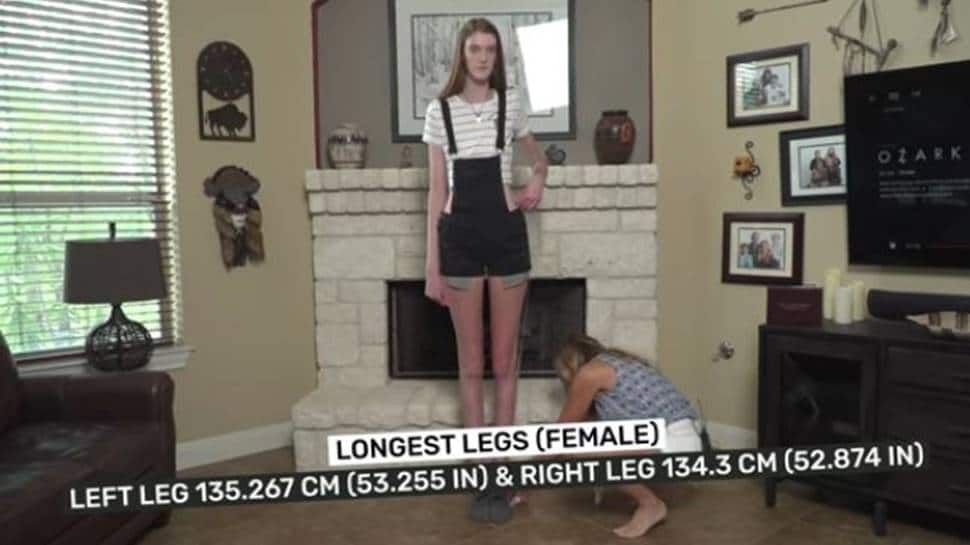 New Delhi: Standing at a height of 6 feet and 10 inches, 17-year-old teenager Maci Currin from Texas, USA has broken not one but two records. She has been confirmed to have the world’s longest legs (female) and the longest legs on a teenager.

Currin was certified by Guinness World Records as having the world’s longest legs (female) and the longest legs on a teenager.

Currin says that she is the tallest in her family and having long legs comes with both advantages and disadvantages.

Currin first realized she had more than average legs back in 2018, when someone asked her if she wanted a custom pair of leggings as she was unable to find one that fitted her.

In the future she hopes to go to college in the UK and achieve the record for being the world’s tallest professional model.

The teenager from Cedar Park, Texas knocked Russia’s Ekaterina Lisina off the top spot for the Guinness World Record for longest female legs.

Only President Donald Trump can tackle China and its ‘predatory aggression’:...

Dhanteras 2020: Date, Muhurat and significance of this festival | Culture...

Taapsee Pannu’s swipe at news channels: Thank you for holding the...