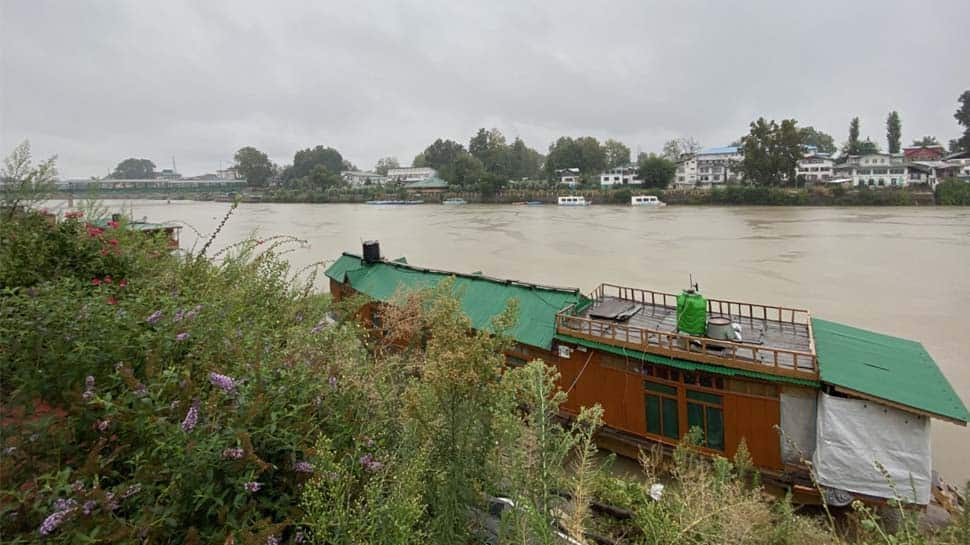 The weather department on Thursday predicted heavy rains till August 28 evening in Jammu and Kashmir after heavy downpour lashed the union territory in the last 48 hours.

A MeT department official said, “Moderate rain and thunderstorms across Jammu and Kashmir will continue till Friday evening with heavy rains likely in upper reaches. After Friday noon there will be an improvement in the weather.”

After the MeT issued advisories of flash floods and landslides in upper reaches and on Jammu Kashmir national highway authorities have put men and machinery on alert. However, no river is flowing above danger level yet.

Srinagar recorded 44.3 millimetres of rainfall in last 48 hours while the highest rainfall is recorded in Katra area of Jammu at 123 millimetres. In Jammu, it is 74 millimetres and in the ski resort of Gulmarg remained at 62 millimetres till 12 noon on Thursday.

Continuous rainfall has led to water-logging of roads and streets at several places in Kashmir. Water levels have increased in most of the water bodies but Irrigation and Flood Control Department have not sounded any flood alert till now as the water level is still below the danger level.

Jammu and Kashmir national highway is closed for vehicular traffic as several landslides happened at many places on the national highway. Besides, Bandipora, Gurez road and Tangdar Kupwara road is also closed for traffic. However, this spell of rainfall has brought an end to the months-long heatwave and dry spell in Kashmir.

Parliament’s Monsoon session to begin tomorrow, 47 items to be taken...

Life beyond retirement: What has MS Dhoni been upto, find out...

Farmers’ protests: If you’re travelling from Noida to Delhi, check this...