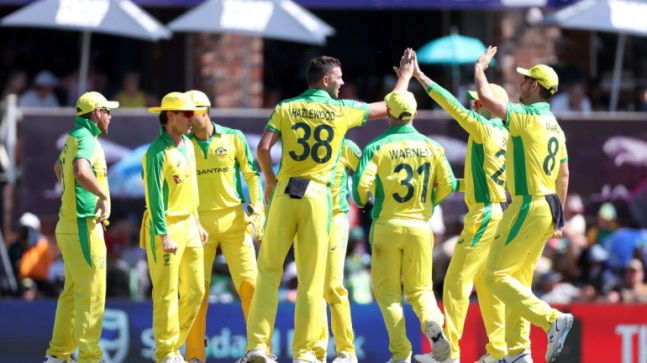 The boss of Australia’s Channel Seven said on Friday the broadcaster may terminate its contract with Cricket Australia (CA) over its handling of the summer schedule.

Cricket Australia is facing heat over its handling of the summer schedule. (Reuters Photo)

Channel Seven boss James Warburton fired a scathing attack at Cricket Australia (CA), saying it was a ‘trainwreck’ and the ‘most incompetent’ administration he has ever worked with.

Warburton warned Cricket Australia that Channel 7 could terminate the multimillion-dollar deal with four years remaining on the contract.

“It’s the most incompetent administration I’ve ever worked with,” Warburton told News Corp.

“It’s a train wreck. We are forced to consider all our options including terminating the contract and we have put them on notice.

Australia’s upcoming summer of cricket has been heavily impacted due to the global coronavirus pandemic, with two bilateral one-day series canceled and a T20 Cricket World Cup postponed.

“This is not an acceptable product and we will not support the season. Cricket Australia have an obligation to deliver a competition of no lesser standard than the past.”

“‘Don’t worry,’ they say. We will deliver a full BBL season. We’ve got good news. We can one hundred percent tell you who can’t play because we know they are in a hub we’ve created for our international white-ball games. The only problem is we actually have no idea who will play the BBL.”

Warburton said CA was wrong to sack Roberts and had no full-time CEO “at a time when the sport needs strong leadership to steer through these extraordinary times”.

“There is an obligation to deliver the best quality to the broadcasters,” he said.

CA said it was disappointed with Warburton’s comments and would deliver a “full and compelling summer of cricket”.

“Cricket Australia greatly values the relationship with our broadcast partners,” the board said in a statement.

Radical Sikhs for Justice to protest against farm laws at Indian...